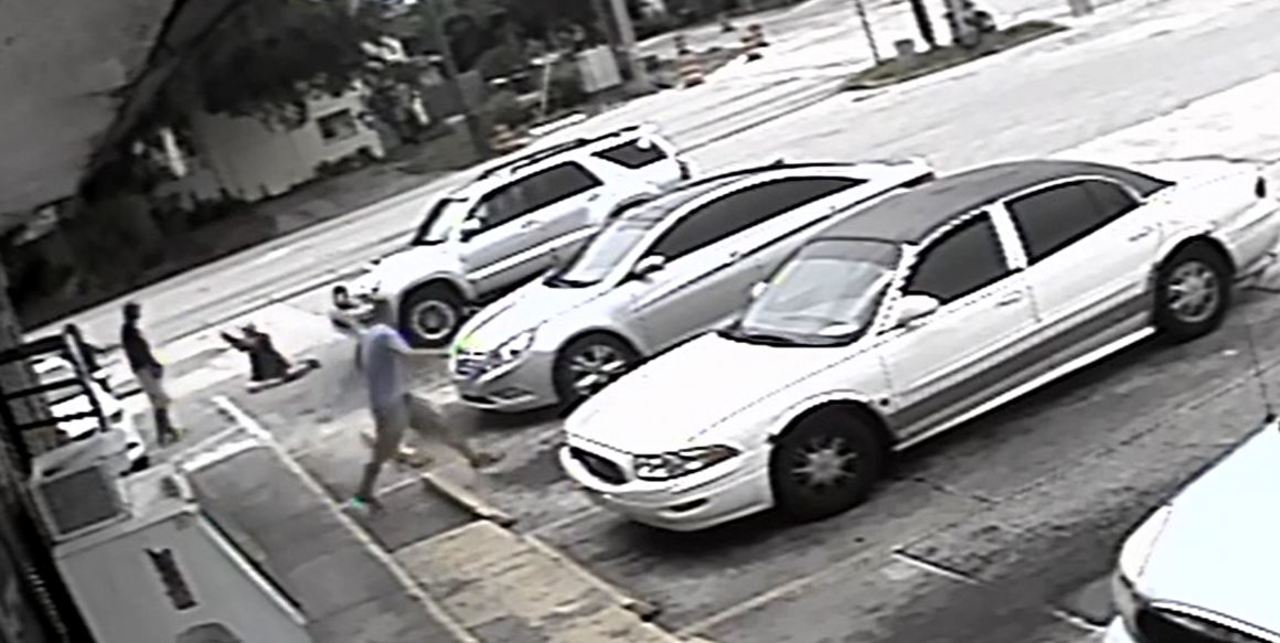 Clearwater (WTFF) – A Florida man will not be arrested after killing a man over an argument over a parking space because of the “Stand Your Ground” laws.

Drejka was yelling at McGlockton’s girlfriend about parking in a handicapped space without a permit. McGlockton came out to find this stranger yelling at his girlfriend in front of their five-year-old.

He pushed Drejka to the ground, who then pulled out his gun and shot the father in the chest. McGlockston later died.

No arrest will be made because of the self-defense law claiming that nobody has a duty to retreat. This decision was made despite the fact that Drejka was the initial instigator, and has a history of violent behavior.

…Drejka has a history of assaulting people in the very parking lot the shooting took place. A man who frequents the store told ABC Action News he had a run-in with the man who opened fire just one month ago. Rich Kelly says the man picked a fight with him over a parking spot, using racial slurs, and even threatening to kill him. Now, a month later, a similar case, ending with a father killed in front of his 5-year-old son.

The case will be forwarded to the State Attorney.

“I’m not saying I agree with the [the law], but I don’t make that call,” said Sheriff Gualtieri, who was a lawyer.

He did make the call though.

“First of all, there was no more danger to the subject that was on the ground. The victim backed away. He didn’t approach him again and there’s just no way that that’s Stand Your Ground.”

Drejka pulled a gun out during a road rage incident back in 2012, but nobody pressed charges, reports the Tampa Bay Times.

Encyclopedia Dramatica reports on July 22, 2018, that Florida’s infamous “Stand Your Ground” law is known as a “Nigger Huntin’ License” by the locals. This is the mentality that governs the law. The racist, unfair, cruel abuses of the law are so obvious and established that it’s a Florida trope.

There are of course, good uses of our “Stand Your Ground” law, but there is significant and quantifiable racial bias in court rulings favoring white shooters against black victims.

We’ll just have to wait and see what the State Attorney decides. Don’t hold your breath for justice though.

The girlfriend of the victim will be represented by Ben Crump, Trayvon Martin’s family attorney. (WFLA)

Stories like this are not uncommon. Here’s one from Astor, for example:

[…] “Florida Man Who Killed Unarmed Man Over a Parking Space Won’t Be Arrested” was the headline last month. Sheriff Gualtieri said it was a “Stand Your Ground” incident, and decided not to arrest the shooter. Tampa Bay Times reports that “his agency was precluded from arresting [the shooter] because evidence showed it was ‘within the bookends of stand your ground and within the bookends of force being justified,’ which provides immunity from arrest.” […]