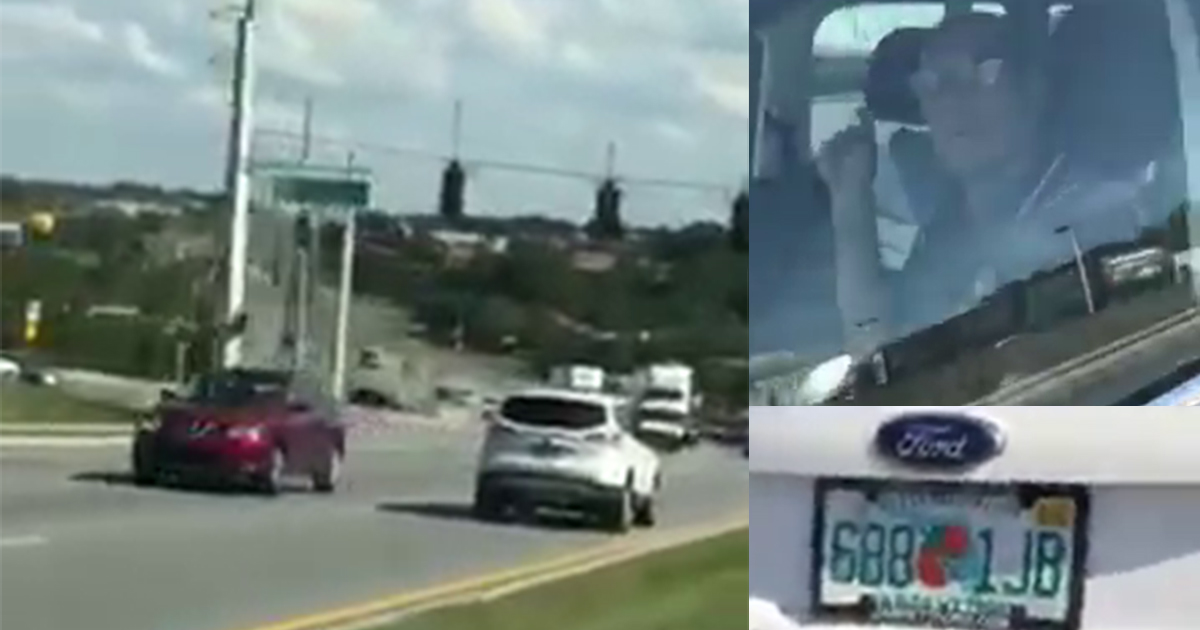 Clermont (WTFF) – A Florida man was spotted driving in the wrong lane on US Hwy 27, a divided highway in Clermont.

Video was captured by Savanna F. and uploaded to Facebook on the afternoon of April 30, 2018:

i’m gonna go ahead and apologize for the language now, but i cannot believe what i and many others witnessed?? he drove like this from citrus tower down to hooks street light and i and two others called the police to report him. he just didn’t care, he told me “i know i am”.. like are you serious? please look out fo this guy, as i don’t know where he went when i pulled into wawa.

FOR ANYONE WONDERING WHY HE DIDNT RESPOND WHEN I WAS TALKING- HE DIDDDDDD. listen VERY closely after i say “you’re gonna cause an accident” you can hear him say “i know that” JUST INCASE ANYONE THOUGHT HE DIDNT SAY ANYTHING TO ME. HE KNEW. it was around 1:38 in the video you can hear him.

The road appears to be US Hwy 27. The Floridian who captured this video bravely faced the wrong-way-driving creature, but it only stared back and mumbled nonsense. It’s possible he’s senile like half our population, or on drugs like the other half.

Several 911 calls were made:

The driver was later visited by a police sergeant and “was shown the video and had no memory of the incident.” The unnamed man said “he has a medical condition and at times has memory loss and acts differently.”

The sergeant continued, “He further stated that in the past when these episodes have taken place he has been in the company of family or co-workers that are able to assist him.”

No criminal charges were filed because of his medical conditions, but officers submitted him for a driver re-evaluation by the Florida Department of Highway Safety and Motor Vehicles.

Corrections: This did not happen on 441 as previously stated.