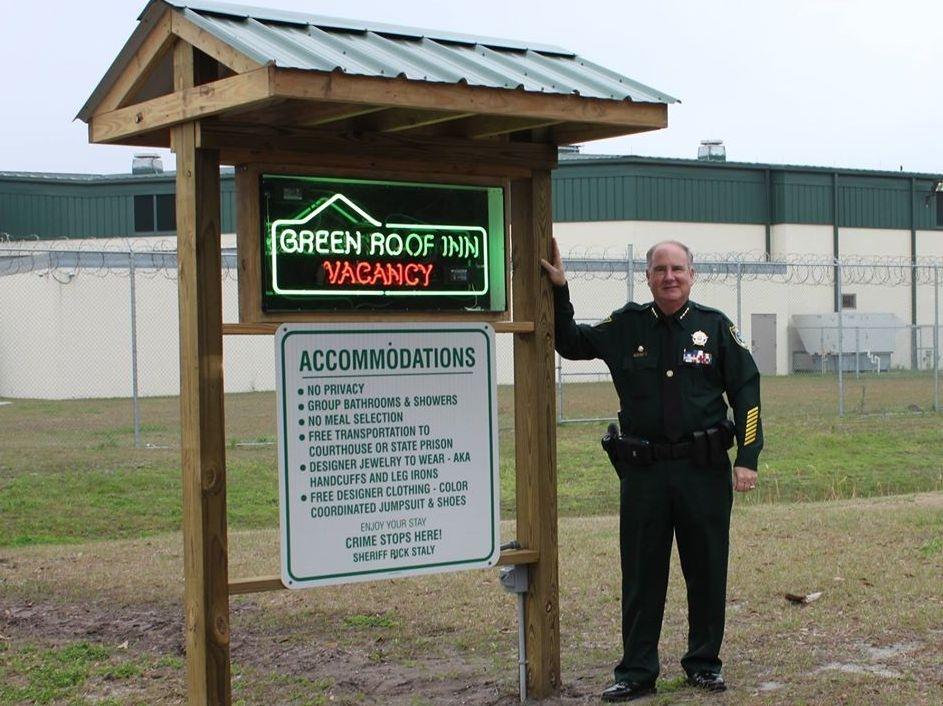 Dunnell (WTFF) – Flagler Sheriff Rick Staly has called the Flagler County jail by another name for over a year, and now it’s unofficially even more official.

“We have a 1 star rating and we’re working to lower that as I’m speaking,” Staly said in a video promoting the inn, or jail.

WESH said it’s hilarious. Fox News knew their average readers would love it too, so they ran a story captioned “Who says law enforcement officers don’t have a sense of humor?”

“It is a warning to potential offenders that the jail is not a 5-star hotel,” Staly told the News Journal. “When you get arrested, we provide the minimum accommodations as required by law. Once an offender checks in, they lose their basic freedoms. They don’t decide what to eat, wear, or do with their day.”

Anyone who knows Florida Man knows that he doesn’t really think that far ahead. This is more power play than prevention. WTFF News would be hypocritical to berate the Sheriff though. We should all be allowed to offend and insult equally. Just don’t forget that not everyone in jail is guilty, and you might be in there one day too.

Rehabilitation is more effective than humiliation. But prisons really are like hotels, and no vacancy means no income for all the companies who who have delivery-order contracts with jails for various things like razors, meal plates, toothbrushes and every day prison items. It’s all a racket. While some people really need to be locked up (murderers, sex offenders, battery offenders, etc.), a lot of people just go to jail for stupid things like an herb. Some do purposely go for a free bed and meal, so this sign isn’t too far from the truth.