Minneola – Burglary – New Hope Christian Academy was broken into by a 14-year-old Florida boy who made off with less than $100 worth of goods like pencils, candy, drinks, and a watch before getting arrested. There were cameras. His accomplice of the same age was arrested with a little weed in his pocket.

Sorrento – Domestic Issue- A Sorrento man born in Los Angelos was arrested for violating his pretrial release conditions of “no victim contact” with a s/o over domestic violence battery charges. An anonymous person called the cops. He said he was just meeting her to give her money. David Avila Flores.

Groveland – Weed – A Native Floridian from Leesburg was arrested for selling marijuana. He told the deputy he was celebrating “the holiday of ‘4/20.'”

Eustis – Weed – A Native Floridian was arrested for selling marijuana within 1000 ft. of a church, a $25 transaction. This case was from November of 2017.

Deland – Obstruction of Justice – A mother tried hiding her daughter from the cops. There was a warrant out for the girl’s arrest.

Domestic Abuse / Child Abuse – A man with a black pistol (Kel-Tec .380) was arrested after hitting his wife and child and threatening to shoot his wife.

Minneola – Driving without a license (habitual)

Clermont – Weed – A Florida man sold weed to an undercover cop via Facebook.

Clermont – Simple Battery – A fight broke out between a tenant and a landlord over “excessive noise.”

Domestic Battery – A Native Floridian mother ripped her kid’s shirt off and beat his neck and head in front of a deputy.

Deland – Violation of Probation for Protection from Domestic Violence – A 48-year-old Florida woman kicked open the bedroom door of her victim, and he called the cops. Presumably they are married, as they share the same last name. She accused him of smoking methamphetamine, and told him “Go ahead and call the cops, I don’t give a shit” when he picked up the phone. She left in her friend’s blue Dodge minivan. Cops went to her residence on Country Rd. in Eustis. The first thing she said was “I’ve been here all night.” The Orlando-born Florida woman was arrested. Offense: CONTEMPT OF COURT VIOL INJUNCTION PROTECTION DOMESTIC VIOLENCE. She remains in jail with a $10,000 bond. Barbara F Coker 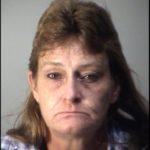 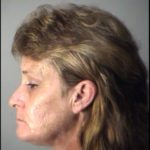 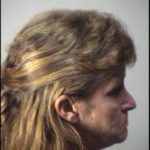