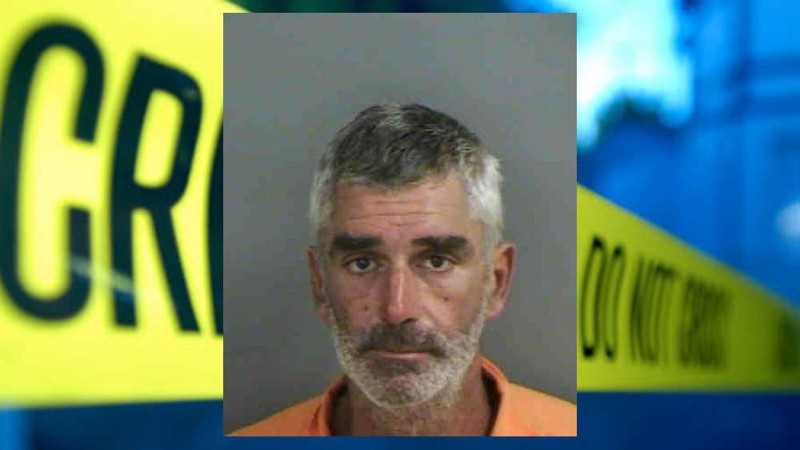 A Florida man allegedly punched an off-duty sergeant after being confronted for rolling a blunt in public.

Neil Zabierek, 46, of East Naples, was found with synthetic marijuana and a pipe in his pocket following an altercation during which he allegedly punched a female sergeant in the face and wrestled her to the ground, according to the Naples Daily News.

The off-duty sergeant told responding authorities that she confronted the man outside of a restaurant in Naples after she noticed he was “filling a blunt with narcotics,” according to a Collier County Sheriff’s Office report obtained by the Naples Daily News.

The sergeant identified herself and told Zabierek that he was under arrest, at which point Zabierek got up and began to walk away.

Despite several orders to stop, Zabierek continued walking, leading the sergeant to grab his right shoulder and order Zabierek to his knees.

He originally complied, but when the sergeant asked bystanders to call 911, Zabierek stood up and “struck her in the face with a closed fist,” according to the report by the Naples Daily News.

The pair got into a struggle, which ended thanks to the help of several bystanders who constrained Zabierek until more deputies arrived.

Zabierek told authorities he didn’t know who the off-duty sergeant was and offered an apology, claiming that “he does not normally do stuff like this,” according to the report.

He was arrested and charged with battery on a law enforcement officer, resisting an officer with violence, possession of synthetic cannabinoid, possession of narcotics paraphernalia and disorderly conducted.

The sergeant was taken to a nearby hospital and treated for a chest bruise.