Sarasota (WTFF) – A man was caught on video jumping into his oversized pickup truck that was illegally parked in a handicap spot at the McDonalds on Fruitville Rd.

A handicap placard or plate was not seen anywhere on the vehicle. The video shows a perfectly able-bodied man jumping into his truck.

As if his illegal parking choice wasn’t exemplary enough of his laziness, he couldn’t even manage to park between the lines. 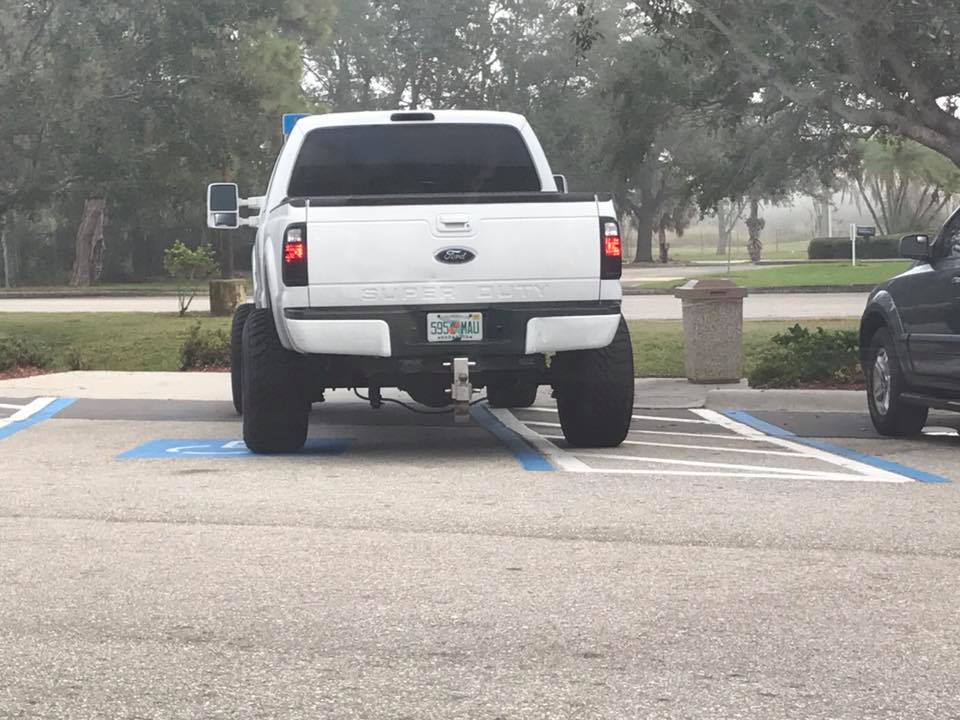 His great emergency? He just wanted to order some GMO “food” and selfishly decided that his immediate hungriness was more important than people who actually might need that spot. A user on Facebook posted several pictures, which can be found here: 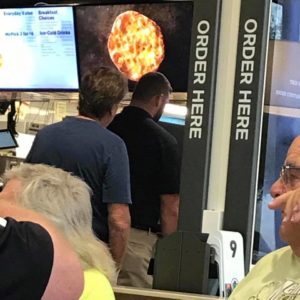 Florida has more retirees than any other state in the country. Some of them have difficulty walking and have a legitimate need to park in these reserved spaces.

We had originally posted an unconfirmed account of someone claiming to know where this Florida Man worked. The accused sent our staff an email claiming that it wasn’t him, and that it wasn’t his truck. We gave him the benefit of the doubt for now as we do more research, and have edited out those details.

Someone left a Google review saying that he’s been abusing his old handicap placard for a while now, even going as far as pulling out an old pair crutches when the cops were called on him for it. The business owner responded to the review by threatening to sue the lady for slander.

The email asking us to remove the business name was probably B.S. but we will play nice. If anyone can confirm the owner of this truck, please let us know so we can set the record straight.

We may never know the truth. All we do know is that Florida Man really sucks at parking, and that handicap spots should be reserved for people who truly need them.

Florida has more old people than any other state. Any one of them would be far more worthy recipient of this spot than a young man who can obviously walk. Unless he has a heart condition or something, then we apologize. Until then, you’re a shitty parker, Florida Man.