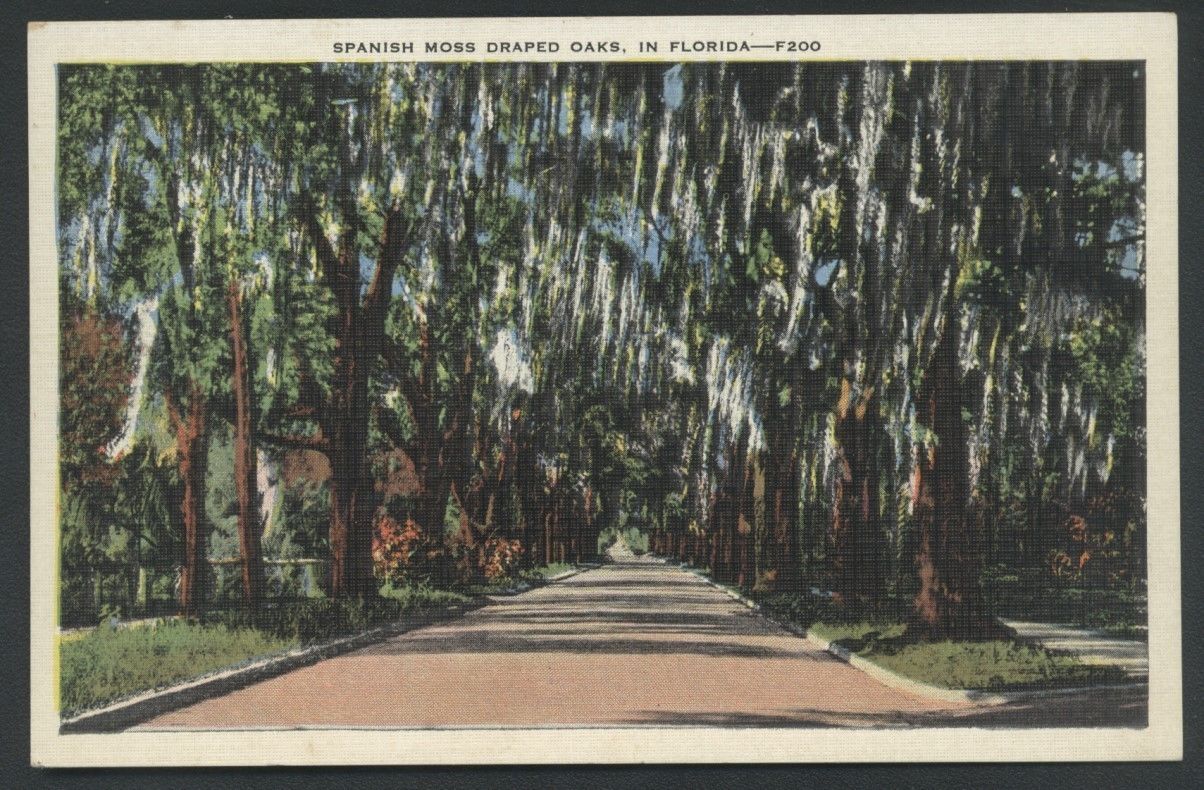 After many long months at sea, Spanish sailors landed in Florida upon sighting some beautiful Indian maidens who were sunbathing on the beach. One Spaniard chased a beautiful maiden into the woods. But she trotted up a tree out his reach.

He was out of breath when he reached the tree, so he rested for a while. Then he climbed the tree after her. She moved up to the tip-top of the tree on a real small limb, and as he reached up to get her, he lost his balance and fell.

His head was caught in the crotch of the tree. His body decayed, but his beard grew on and on … making the Spanish moss.

This story came from Gloria R. King, born in Miami in 1938. She told the story to J. Reaver in 1958 when she was living in Coral Gables. She originally heard it from James McFaggart of Bonifay.

Comments are closed for this article.
Click the Florida Button
to FloridApprove this.
6
6 FloridApprovals1 Florida Tags (View)6 Total Florida Points