Miami (WTFF) – A nearly naked Floridian was seen riding a bicycle on I-95 during a Thursday evening commute near downtown Miami.

Some other Floridians caught him on video too.

Being nearly naked is a great way to stay cool while also not getting arrested. 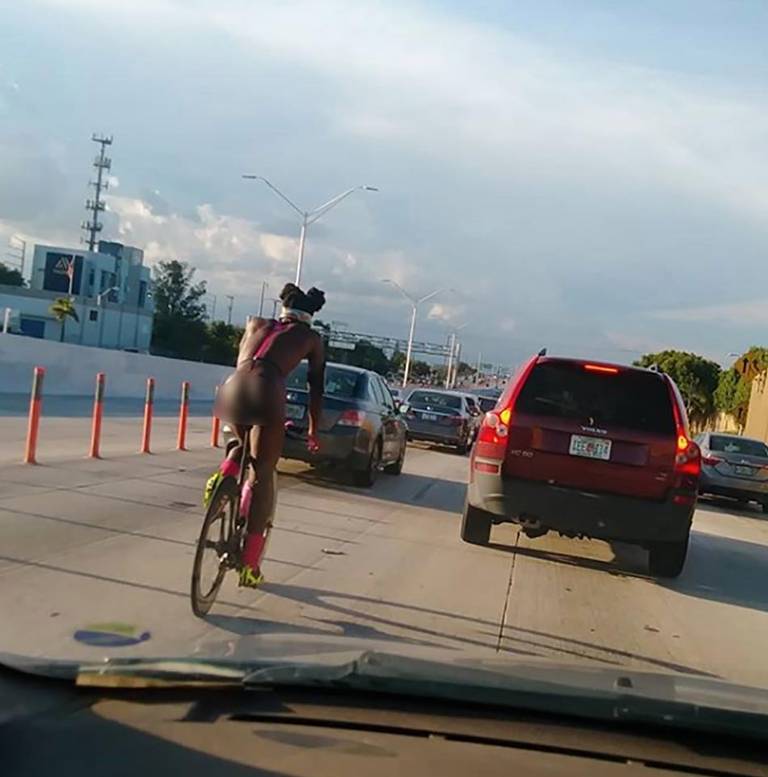 Old Media covered this “story” intensely. Stories involving naked Floridians are great click-bait, because they’re funny stories where nobody dies. These stories create a lot of revenue and also give people who live in cold, miserable climates the chance to live vicariously through our people.

Technically riding a bike on a highway is illegal. Forcing us all to enter dangerous highways in death traps at the same busy times every day should be illegal too. Just let this cyclist be. He ain’t hurting nobody.