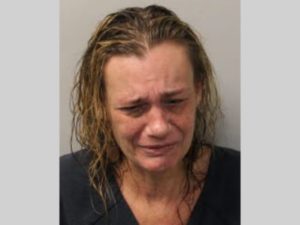 Most people spend their Sunday evenings relaxing and getting ready for the work week.

She was inside her Tallahassee home on Waterline Drive this past Sunday evening, doing God knows what. Whatever madness was happening in there we may never know, but we do know what happened when she escaped…

A random person was walking down the street. She passed by Kandi’s house and noticed the door was open.

There was loud screaming coming from inside.

Suddenly, Kandi ran out of the house and began yelling something along the lines of:

Florida Woman clutched the butcher knife and gave chase to the stranger.

Leaping out of the door like a Florida Panther, she chased the woman down. The other woman ran as fast as she could to get away. She got away and called the cops.

Officers showed up at Kandi’s house and arrested her. She’s in the Leon County Jail, per http://www.tallahassee.com/story/news/2017/10/16/woman-accused-chasing-victim-knife/769023001/.

They found two knives which were impounded as evidence.