Allegedly two neighbors got into an argument.

68-year-old Floridian Ralph Amick was taking out the garbage in front of his home on Clear Lake Place, when 67-year-old Florida Man Nolen Allen Childers started cursing at him. This happened around 10:45 a.m. according to Pensacola News Journal. 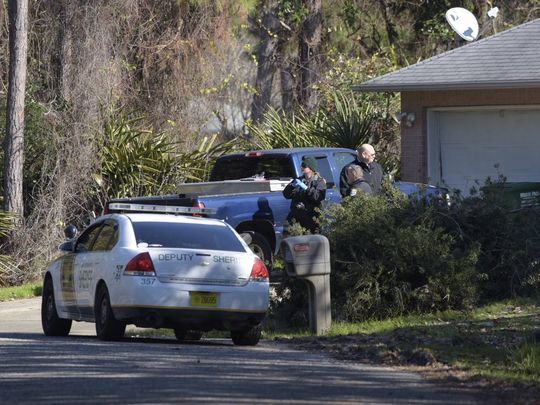 The argument was about Amick’s wife according to the report, but who knows really. People argue about anything.

Childers pulled out a pistol from his pants to prove that his side of the argument was more logical. Florida Man often resorts to shooting people in the face when they make him feel stupid.

Not just any gun though, this was a revolver containing 0.410 shotgun shells. The gun and three spent shells were later recovered from Childers’ pickup truck by SRSO deputies. 0.410 gauge is the second-smallest caliber of shotgun shell commonly available, 0.360 CF being the smallest.

Ralph spun around quick and ran inside his home as three loud shots rang out. “Call 911, I’ve been shot in the back!” he told his wife, stumbling inside bleeding.

Ralph did not have any weapons on him. He was transported to Baptist Hospital and is still alive.

Childers was arrested and taken to the Santa Rosa County Jail. He is not eligible for bond.