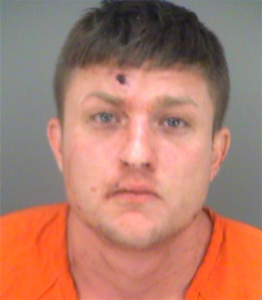 St. Petersburg (WTFF) – A Florida man reportedly punched a 13-year-old girl inside a RaceTrac on Saturday while tripping on LSD.

27-year-old Kolbe Wayne Smith is facing charges of aggravated child abuse, violation of probation and resisting arrest without violence. He was arrested on April 21 where the incident took place around 3:00 pm at a RacTrac in St. Petersburg, across the street from Aloha Liquor and Palace Mobile Home Park.

He’s from St. Petersburg, and like most Trampites, he was tripping on LSD before showing up in the Tampa Bay Times. They reported that the incident happened while the parent pumped gas outside, but “deputies say the parent of the child was inside the store and witnessed the crime occur,” according to the PCSO’s Press Release.

The victim was only 13 years old. She lost consciousness and fell to the ground after Kolbe Smith punched her. She was later released by EMS and did not require a hospital visit.

Several Floridians blocked the feral Florida Man and prevented him from escaping so deputies could detain him.

He told deputies that he didn’t remember the incident, and admitted to taking LSD.

This is an ongoing investigation.

If he punched my dear daughter he would be a dead man. LSD or no LSD.