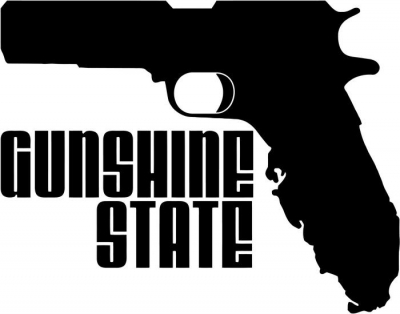 “Stand Your Ground” legislation has a “quantifiable racial bias” according to a study published in 2015.

Vice reports that “from 2005 to 2013, juries were twice as likely to convict the perpetrator of a crime against a white person than against a person of color.” Hopefully by talking openly about these statistics we can one day eliminate the bias, and judge fairly. Ignoring these realities harms us all, and so does exploiting these statistics to run emotionally charged news stories for advertising profit.

Many Floridians of all races and backgrounds are united at the shooting range by their passion for guns. NRA spokesman Colion Noir told NPR that the vast majority of African-Americans are good, law-abiding citizens and many of them own guns, yet the media tells us that the majority of black people are anti-gun.

Often only the bad news gets media attention, and “Stand Your Ground” cases like this one are ignored. As the focus shifts towards better gun control policies (which are absolutely needed to keep guns away from people who cannot control their impulses), we must not forget that Florida’s full of actual responsible gun owners, and not just the editorial Florida Man who uses guns for malicious purposes.

In the days ahead of us, influencers will continue spending millions to divide our country with nonsense. Please remain calm and objective. Examine things carefully, and do not judge quickly. If a headline or news article excites you too much (both negatively and positively), it’s probably missing some details. The closer you get to the truth, the more neutral you will become. Florida’s a place for everyone, so let’s be reasonable and move forward together as one.

[…] the quantifiable racial bias in “Stand Your Ground” legislation, it seems appropriate to report that both men involved are black. Many other news sources did not […]