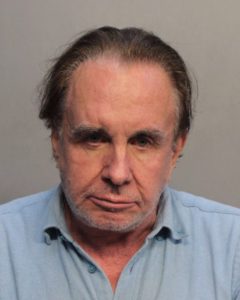 Miami Beach (WTFF) – Upset after being served an eviction notice, a Florida man allegedly made plans to burn down the building.

72-year-old Walter Edward Stolper lives at The Residences, a near-the-beach but not quite beach-front condo that’s probably expensive as hell.

A tip came in on Thursday afternoon that saved the apartments at 5601 Collins Ave. from going up in flames, reports Miami Herald.

Miami Beach police found gasoline and flame-fanning material, along with swastika-decorated accoutrements and books of Nazi ideology in his apartment.

One witness said the angry Florida Man expressed his intent to burn the whole place down. Anger and aggression are key components of the Florida Man ethos.

Stolper said he was “going to burn down the building with all the fucking Jews,” according to the witness report.

His plan was to fill plastic containers with gasoline, pour them fuel down the building’s main line, and ignite the gas. He purchased two electrical fans “to fan the flames and cause maximum amount of damage.”

Detectives later found a storage room linked to him containing 28 additional gasoline containers, sulfur powder, and potassium nitrate. He has now been charged the with Attempted Murder. (Twitter)

Stolper told the witness that he also bought padlocks and painted them red to lock up the condo’s fire hoses.

Another resident said Stolper was just served eviction papers, but it’s not clear why.

Stolper’s side of the story:

“I bought the gas to make a small barbecue.”