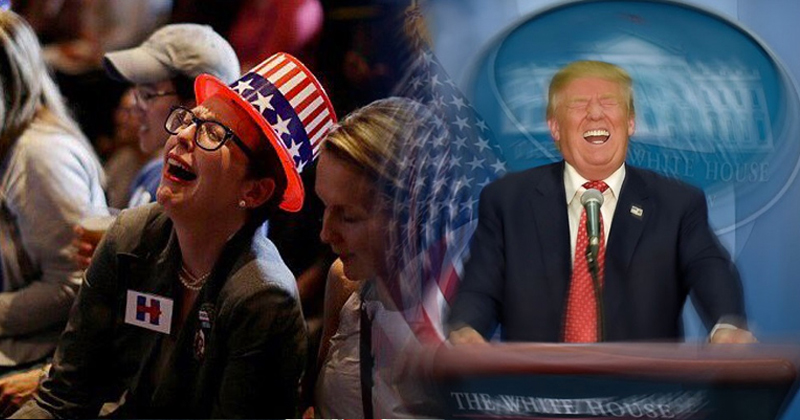 Technology built by smug liberals in coastal towns was used by Trump’s team to win the election, resulting in painful regret for many butthurt left-wingers.

“Twitter is how [Trump] talked to the people, Facebook was going to be how he won,” said Parscale.

Libtards go absolutely ape shit when the The God-Emperor Trump makes a tweet. It’s hilarious. The left just can’t get over the fact that they lost. Their tears are amplified by the fact that it’s mostly their fault. They built the tools used to defeat Shillary Killton, erm I mean, Hillary Clinton, the wife of pervert and now fiction book author, Bill Clinton. Also, years of their smug, demeaning behavior towards working-class people resulted in the red wave. Ultra-left liberals deserve this. Y’all shoulda known all your shit talking and snobbishness would fall apart one day. Well here it is you dumb fucks, y’all got Trumped!

“These social platforms are all invented by very liberal people on the west and east coast,” said Brad. The Guardian reports that tech companies were shocked at how their platforms were used to “push conservative values.” Brad, who is a Conservative, told CBS, “I don’t think they thought that would ever happen.”

Trump’s team targeted Floridians in small hick towns that weren’t really worth spending any money on.

“So now Facebook lets you get to…15 people in the Florida Panhandle that I would never buy a TV commercial for,” said Brad Parscale.

They baited people into joining the Republicans by triggering them with propaganda. The marketing team found trigger points, things that Americans are passionate about, and exploited those frustrations with ads. Brad explains:

“Infrastructure…so I started making ads that showed the bridge crumbling…that’s micro targeting…I can find the 1,500 people in one town that care about infrastructure. Now, that might be a voter that normally votes Democrat.”

Stupid Dumbocrats fell for it.

“Trump conned those people,” laughs one Trump voter in Florida. Like many Trump voters, he mainly voted for Trump just to stir things up. He also likes how Trump is not “politically correct.”

They ramped up Hillary hatred by running ads like, “Hillary Thinks African Americans are Super Predators.”

Ads were targeted to go after very specific people. Since Facebook knows so much about the habits, beliefs, and political affiliations of its users, it was very easy to trigger them into voting for Trump. Libtards are so fucking stupid.

Of course, libs like to blame it all on the Russians, who bought tons of ads to divide America.

Facebook even offers a tool to see if you got cucked by some of their pages. Fuckin’ dirty Communists. We don’t hate ’em all that much though, because they did help us elect Donald J. Trump to Make America Great Again. Thanks Putin!