OCALA, Fla. – An Ocala man is accused of conspiring to bomb Target stores from New York to Florida in order to cheaply buy stocks.

According to a criminal complaint, the unnamed family member received 10 homemade bombs, which were disguised in food packaging, last week and called a probation officer, who called law enforcement

Investigators said the suspect thought the explosions would make Target stocks plummet, which would let him buy cheap shares that he would sell for a profit once the stock prices rebounded.

Investigators used the person whom Barnett asked to do the job to get more information about Barnett’s plans.

The confidential source used a recording device for the meeting on Tuesday. 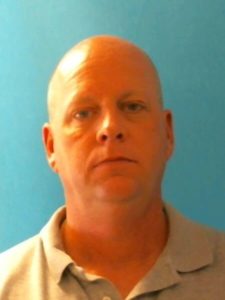 When they searched Barnett’s home, they said they found rocket ignitors, M-5000 explosives and battery sources to use for the devices.

His neighbor, Patrick Pitter, said Barnett moved in about six months ago and appeared to be a nice, normal guy.

Barnett faces a decade in prison on charges of possession of a firearm affecting commerce by a previously convicted felon.

He was already on probation and wearing a court-ordered GPS monitor for a number of felony offenses, including kidnapping, multiple counts of sexual battery with a weapon or force and grand theft.