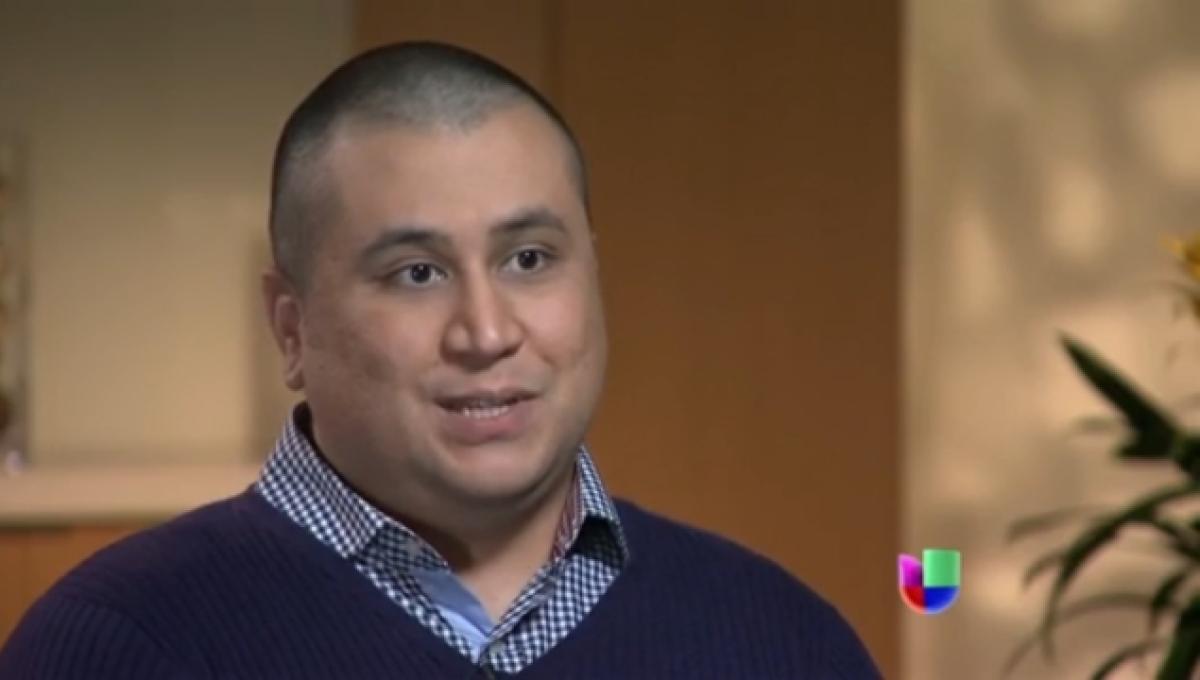 He told a Spanish language television station he is now homeless, battling post-traumatic stress disorder, more than $2 million in debt and lives in fear for his life.

Zimmerman opened up on the Univision television show “Aquí y Ahora” (Here and Now) that will air Sunday on the Spanish language station at 7 p.m.

Zimmerman also discussed his spotting of 17-year-old Trayvon Martin, an African-American teen who was walking in Zimmerman’s neighborhood in Sanford, Fla., on Feb. 26, 2012.

He called the cops, and they told him not to follow the kid.

He ignored the cops and pursued Trayvon, following closely behind him with a gun.

Zimmerman was armed. Trayvon was not. He shot Trayvon Martin dead. Those are the facts.

Dead men don’t tell tales, so all we know is one side of the story:

Zimmerman says the teen attacked him and threatened to kill him (which is reasonable, considering it was late at night, and some random fat guy he’s never met was literally chasing him down with a gun…).

“He (Martin) saw my gun and told me he would kill me, and I knew he was telling the truth. I mean, was not playing,” he told the station. “I asked him to stop …. And the young man did not care. Continued attacking … I knew he would not stop even though I knew that someone had seen (the fight) and the police are coming. He did not care.”

But he didn’t answer when asked if he should have waited for the cops — saying that the case is under a federal Department of Justice investigation.

Zimmerman was acquitted of charges of second-degree murder and manslaughter in a trial in July.

The ex-neighborhood watchman said he did not think he initially shot Martin and that it went through the side of his clothes and towards a neighbor’s house.

After the bullet was fired the fight with Martin stopped “immediately,” he said.

Asked if he still thought he had done the right thing, he said, “in my mind and between God and me … I know that if I did not act the way I acted … I would not be here.”

He insisted his life was in danger during the fight with Martin.

“When you hit your head repeatedly against the concrete, you have a broken nose, eyes full of blood and tears, you’re not in the position to do much,” he said.

Zimmerman said he now lives in fear that his life is in danger. He has worn a bullet proof vest and follows a safety plan when he goes out in public.

Recently he had planned to take part in a celebrity boxing match with rapper DMX but the promoter announced last week it was canceled. He is not working and lost his health insurance.

Since the trial, he has been in the news for a variety of other matters, including a speeding ticket and a police call to his home over a domestic dispute with his wife.

“Honestly, I [would] love to live a calm life without being in the press. I’d like [to be treated like] any American citizen — have a ticket … or an argument … [and] not have everyone aware,” he said. “But that … that’s my life and I do not understand why that is, but I’m living my life as I have always lived, ” he said.