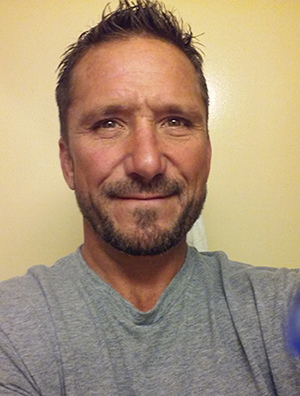 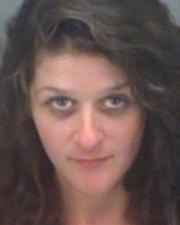 If you happened upon Clearwater beach last Sunday afternoon in celebration of Labor Day, you may have spotted some of the indigenous Florida wildlife, called “Trampites,” happily at play.

Trampites are incredibly vile creatures who reside in the Tampa Bay area. They are notorious for their sexual escapades and cheap alcohol. Signs of these creatures may include: empty beer bottles, semen stains, traumatized families, body odor, loud screaming, and gunshots. If you come across a Trampite in the wild, please do not approach them. They are extremely stupid and dangerous.

Jeffrey Kernan is a 50-year-old Trampite.

He spent that Sunday afternoon on the beach drinking Four Loko, the beverage of choice for these unruly cretins.

His 26-year-old girlfriend, Alexandria Rowell, was drinking too, which led to the inevitable “let’s fuck” moment that gives birth to countless Florida Mans and Florida Womans every year. These are an invasive species that have infested our state.

Well… he did what any Trampite in a drunken sun-stroked stupor would do, and readied his tongue…

Right there in front of families, kids, and shocked non-Natives, he began to eat her pussy.

This is very normal here, but some of the out-of-towners got upset and called the cops.

They were NOT charged with public indecency, because well, there’s not a goddam thing that’s ever decent about Florida, so it doesn’t really matter if you eat a bitch out in front of families with kids. This is Florida, get used to depravity.

They were at least charged with possession of an open container of alcohol, for a 16-ounce can of Four Loko.

They were both booked into the county jail Sunday evening on that misdemeanor charge.

Rowell, who lives in Winter Haven and doesn’t suck dick good enough for her Trampite boyfriend to bail her out, remains in custody.