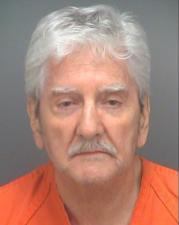 A 77-year-old Florida man doused his girlfriend in “sex lube,” after she denied his sexual advances.

Police arrived at their Clearwater apartment Friday night, and found his 72-year-old girlfriend locked outside.

Roger Archambault denied locking the woman outside, and denied having anything to do with the bruises on her body…

Earlier that day, a police report says that they were in a verbal altercation.

Allegedly, Roger got upset and kicked her in the butt while grabbing her hand. Couples in the Tampa Bay tend to behave like this in order to show their love to one another, these types of things are often seen as romantic gestures in certain contexts… not for these two.

The victim said that she was too scared to call the police at that time.

Some time passed. Around 11:00 PM, Roger’s fate decided to up the ante, and go from “jackass woman abuser” to classic “Florida Man.”

Roger told the woman that he wanted to have sex. She wasn’t really in the mood. Roger didn’t quite understand that domestic abuse really isn’t a turn-on. He got even more upset and did what any shit-tier Trampite would do:

He squirted lube all over her.

Investigators state that he was “under the influence of alcohol and sleeping pills.”

Most of Pinellas County’s residents are in fact, under the influence of alcohol and various pills.

Archambault was arrested on a pair of battery charges, and once released, will be required to wear an electronic alcohol monitor. 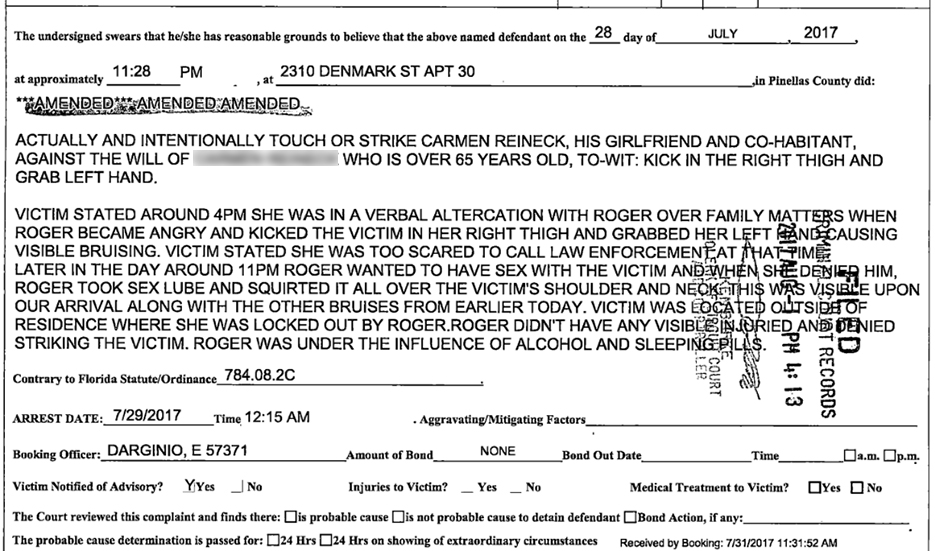 More Florida Fuckery for your Enjoyment: