Nestled in Tallahassee’s oldest public cemetery, the curious grave of Elizabeth “Bessie” Budd-Graham is a unique memorial to a woman some believe was a kind “good witch.” 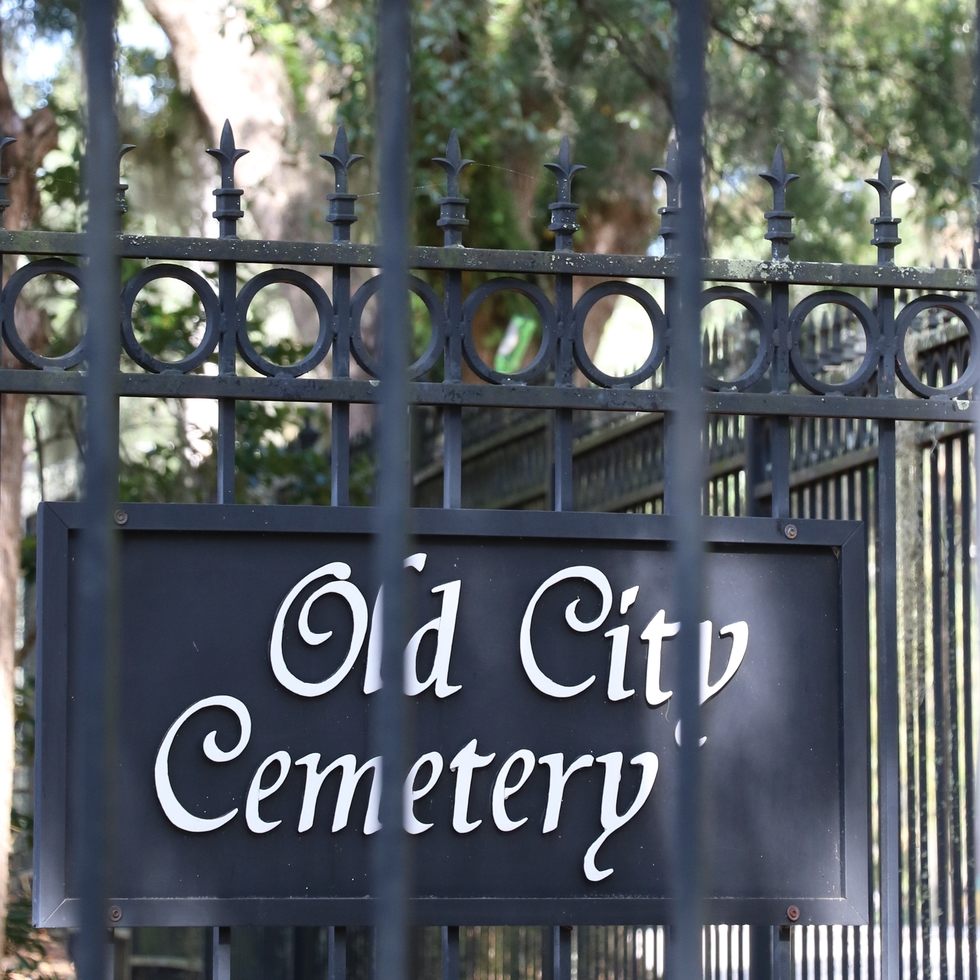 A century old legend surrounds a curious tomb in Tallahassee’s old City Cemetery. As I entered the iron gates of the cemetery my attention was captured by an ornate, towering obelisk marking a curious tomb. It’s easy to get the feeling that this unusual grave magnetically beckons visitors to come closer. This is the most visited grave in the entire cemetery, mainly due to a legend about how it’s the final resting place for a witch named “Bessie.” 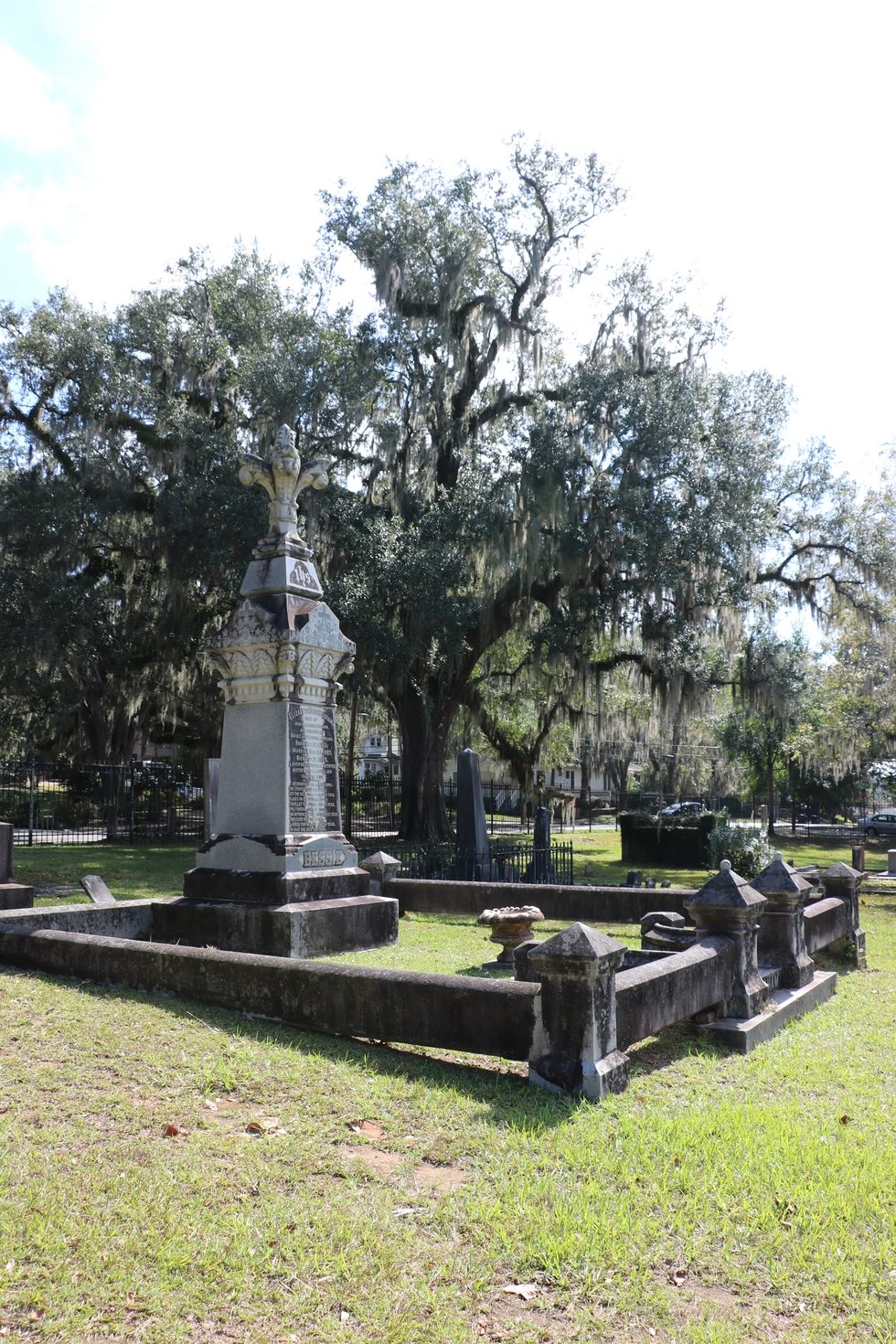 “Bessie” is actually the nickname for Elizabeth Budd-Graham who was only 23 when she died in 1889 leaving behind a husband and two small children. She was laid to rest in one of Tallahassee’s most elaborate tombs, surrounded by a stone wall, large granite vases, a huge monument adorned with sculptured feathers, ivy, and a cross inside of a crown. There’s no doubt, this was a most expensive grave for 1889, considering that wooden markers were still common for that time period. Historians are not sure why Bessie rated such a fancy burial place, or who paid for it, although there’s a traditional yarn about how she bewitched a wealthy man into marrying her and he wanted to commerate her with the most elaborate stone in the cemetery. 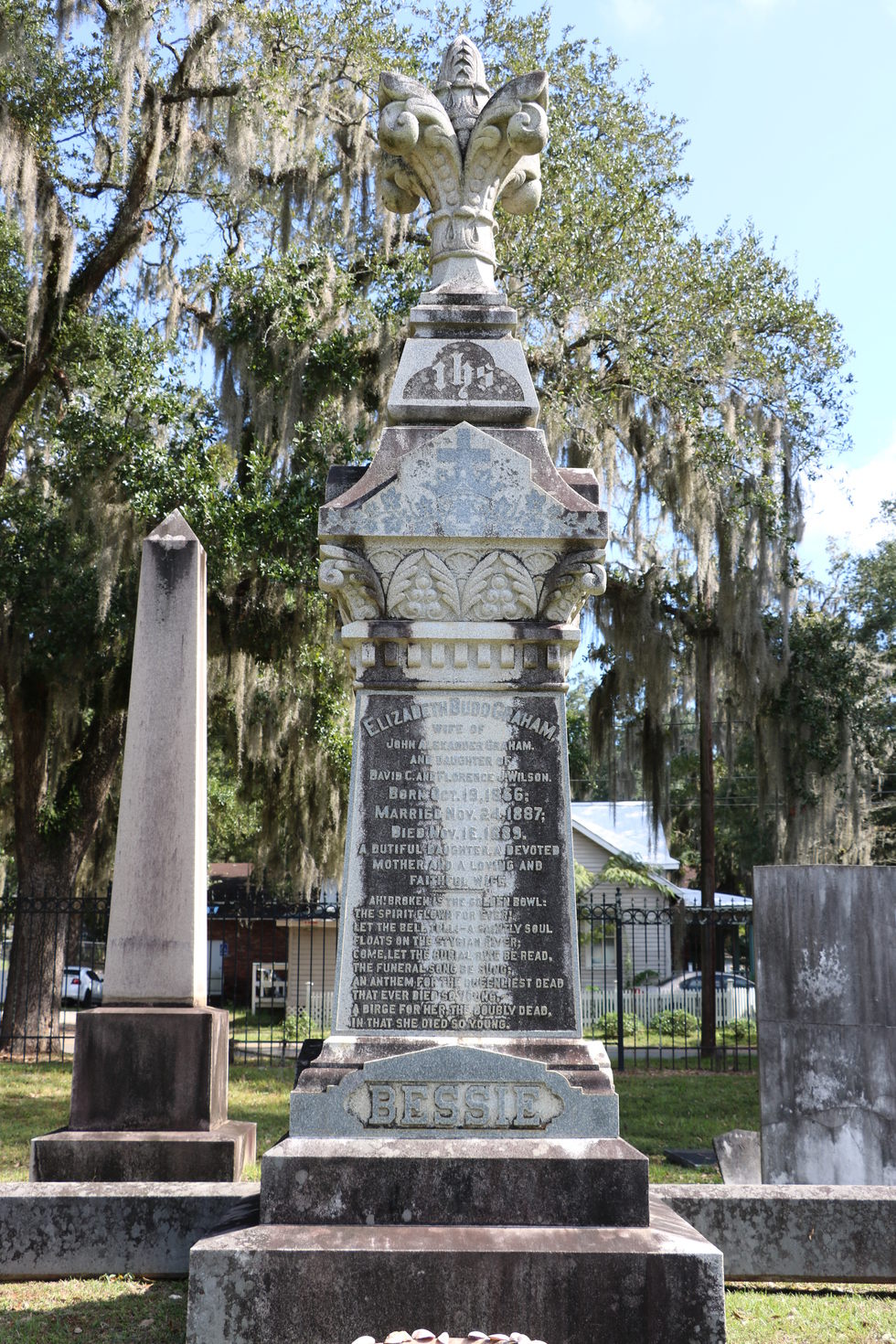 The legend about Bessie being a witch is built around a number of odd things about her grave. To begin with, Bessie was born in October, the month of Halloween, and her grave is the only one in the cemetery that faces west, which some say is contrary to Christian burial customs. But it’s the strange epitaph chiseled on Bessie’s tomb that has stirred imaginations and caused folks to conjure up a dark meaning. You’ll probably recognize the passages from the mysterious Edgar Allan Poe’s “Lenore.”

“Ah! Broken is the golden bowl.
The spirit flown forever!
Let the bell toll! A saintly soul
Floats on the Stygian River;
Come let the burial rite be read
The funeral song be sung;
An anthem for the queenliest dead
That died so young
A dirge for her the doubly dead
In that she died so young.” 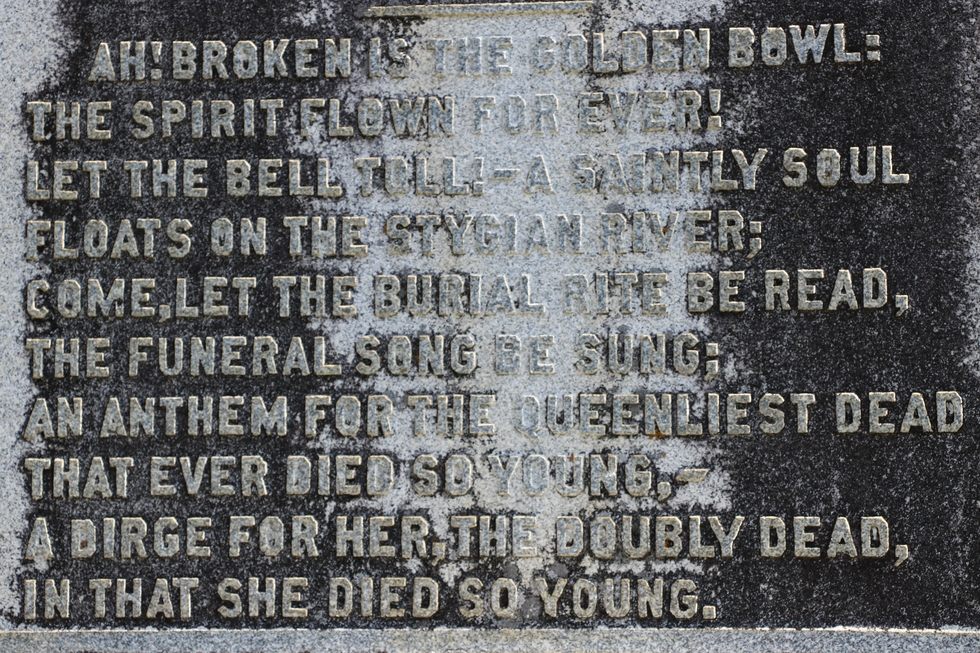 Legend believers have translated a variety of “witch evidence” from the weird epitaph. Some equate the first line, “Broken is the bowl,” to driving a stake into a vampire. The lines “the spirit flown forever” and “A saintly soul floats on the Stygian River,” are said to mean that a witch’s spirit cannot cross the river of death and is trapped between life and death. According to practitioners of witchcraft who often visit the grave, the “Stygian River” is the Styx River of Greek mythology, where “Souls of the dead were carried across the River Styx to the lower world.” Others, refer to “…the queenliest dead” as meaning she was the “Queen of the Dead” and that the words “doubly dead” meaning a witch must be killed twice. 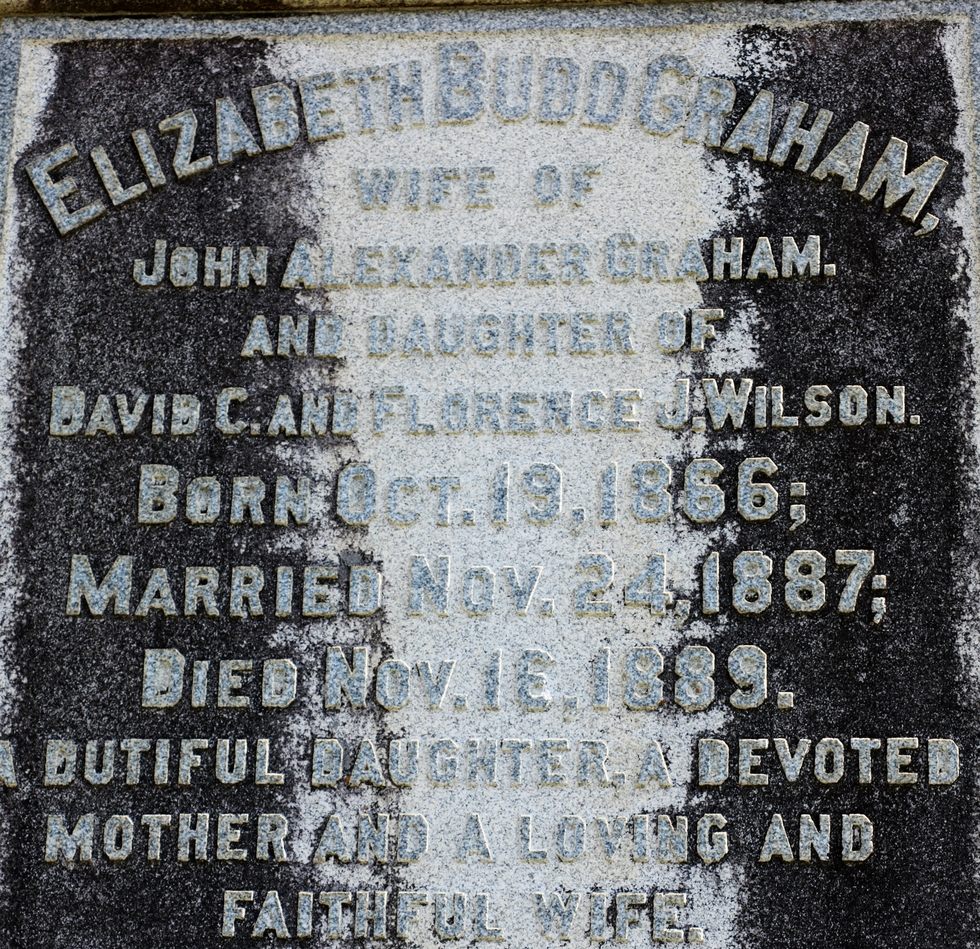 In spite of all the sinister allegations, my research found no evil in Bessie’s life. Maybe that’s why most people will tell you that she was a “good witch.” It’s more likely that she wasn’t a witch at all. However, one thing is for certain; the strangeness surrounding her burial place has spawned a legend larger than life, and whether fact or fiction, it has kept the spirit of Elizabeth “Bessie” Budd-Graham alive for more than a hundred years. 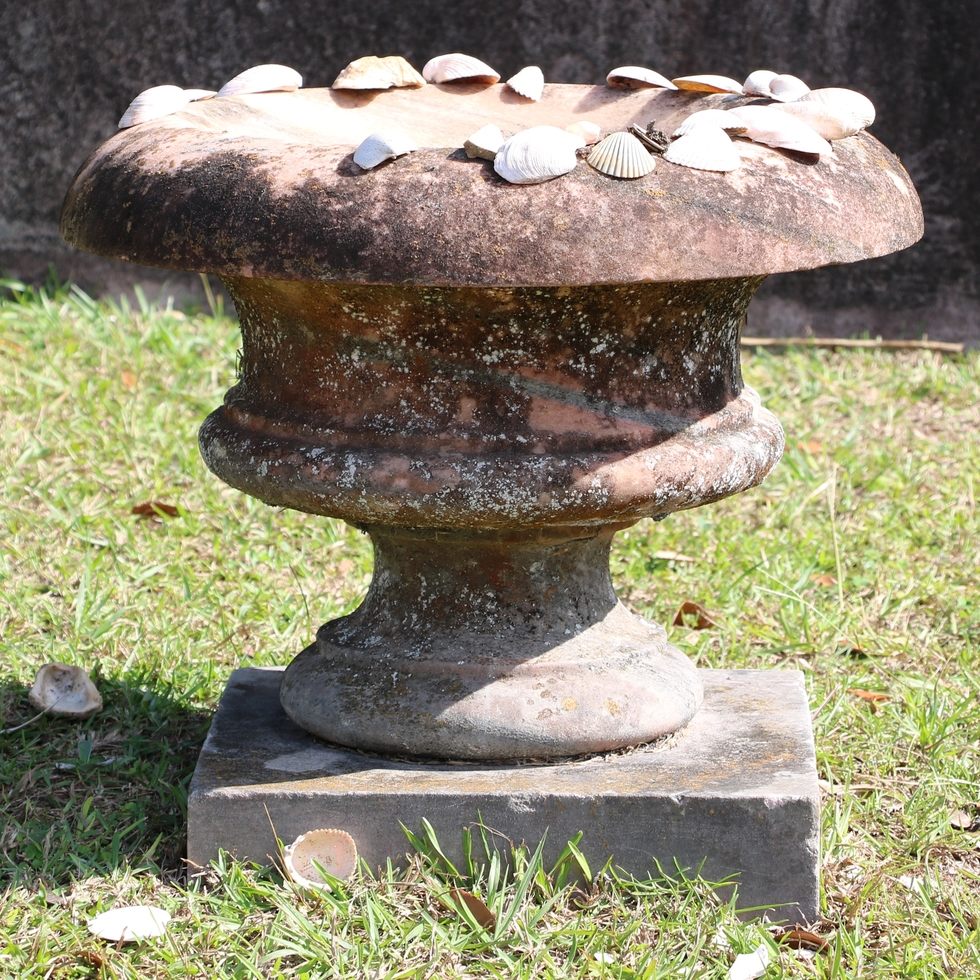 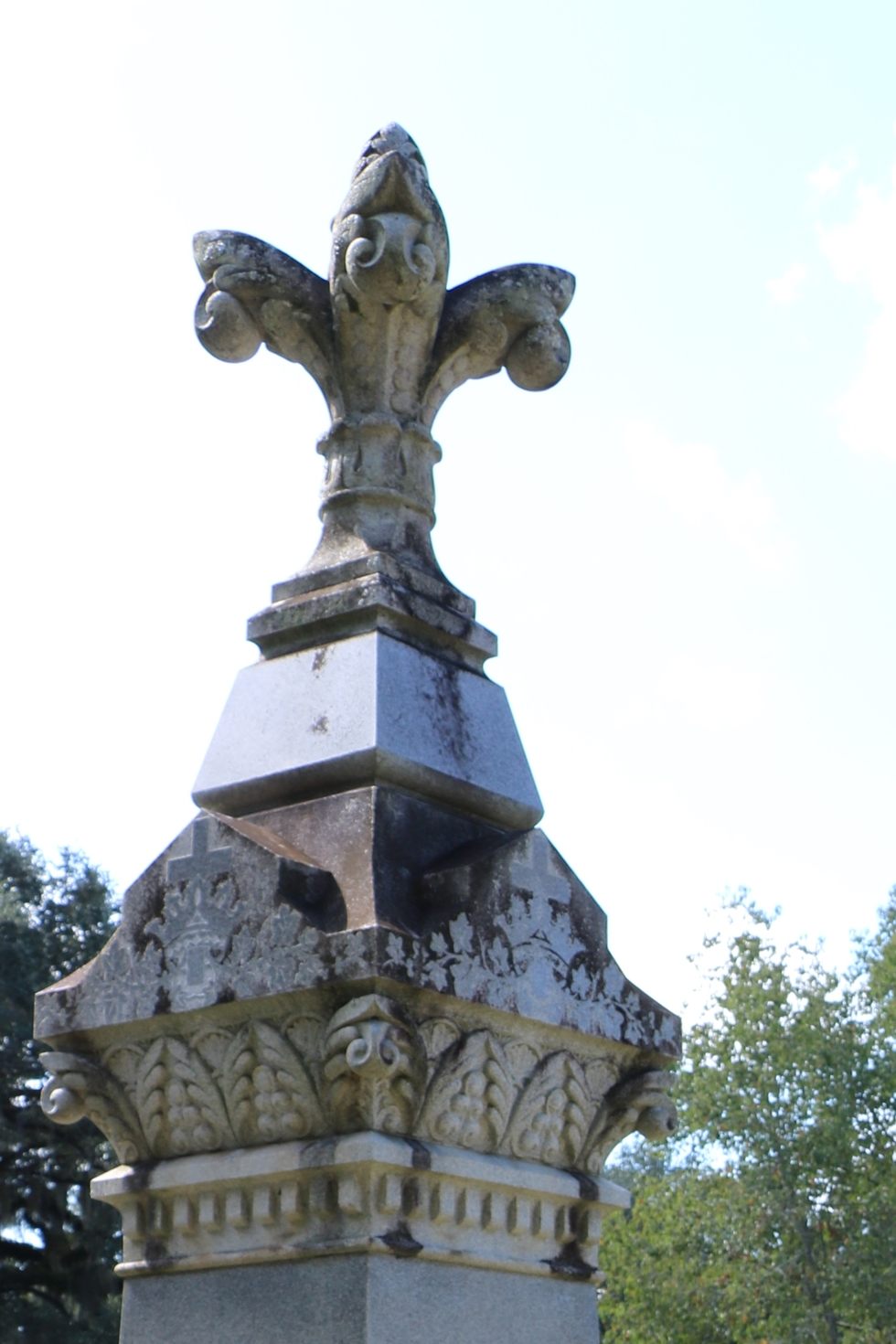