The Internet (WTFF) – A laughable meme full of false information popped up on Facebook encouraging Florida voters to go red.

It was posted by a Facebook account user going by the name of James Harris, who’s supposedly from Wichita, Kansas. Abysmally stupid memes litter his profile. 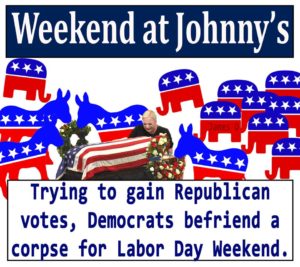 Basic Republican shill-posting. Nothing remarkable in 2018. Just poorly-made, cringy memes that are easy to spot as disinformation.

Then it hits Florida, where people actually fall for them…

There’s a lot of BS to unpack in that meme, but let’s not waste our time. It’s a Grandma Meme littered with White Supremacist lingo. Shills post them and senile people share them. There’s no substance. It’s just emotional nonsense screaming out disinformation that ignorant, fearful people full of hate are eager to believe. 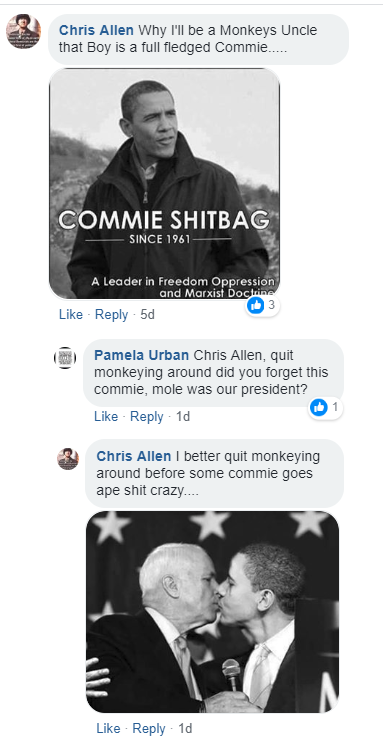 There is nothing but political propaganda on his personal page. Not a single family photo. Not a single friendly post. Nothing about the weather. Just politics. We’re assuming he’s a shill, or else some poor Trump supporter suffering from Stockholm syndrome.

His memery took to the group “President Donald Trump OFFICIAL LLC ✅” where he posted the same anti-Gillum, pro-DeSantis meme, where it got over 5,000 shares as of Sept. 3.

“To the Democrats of Florida; Thank You. 💓💓💓🤣😂🤣😂” is the caption to the post encouraging the con victims to vote for DeSantis.

Typical brainwashed comments and shill posts flooded in, like “Pray!” and “VOTE RED TO SAVE OUR COUNTRY WHILE WE STILL CAN!!!” and “FLORIDA YOU HAVE TO VOTE DESANTIS!!! Look at these Statistics!!!!!!!!!!!!!!! Vote RED TO SAVE AMERICA AND OUR GOD GIVEN FREEDOMS

One reader declares that things may “get nasty” but she’s going to vote for “DeSantos,” a candidate that she has not researched enough to even spell his name right.

One old lady who doesn’t fact check before commenting seems to have taken the bait:

“Wow! We don’t need that!” she replied to the disinformation painting Gillum as a “socialist” who “never had a job.”

Another Republican vote confirmed. That was easy. Just like Social Security scams…

Don’t be that old lady.

Teach your family members to be mindful of what they see and hear, especially on the internet and in mainstream media.