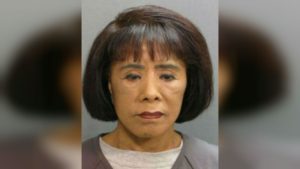 A senior citizen was arrested at a Florida massage parlor after an undercover sting, the Jacksonville Sheriff’s Office said in a report.

Sun Hee Gribat, 70, was arrested Tuesday at Jax Therapy after she offered a sex act after a massage, JSO said.

The hour-long massage cost $70, JSO said, and an additional service in the form of a sex act was offered for another $60, the police report said.

Gribat, listed as a non-resident with a Missouri driver’s license, was charged with prostitution and practicing massage therapy without a license.