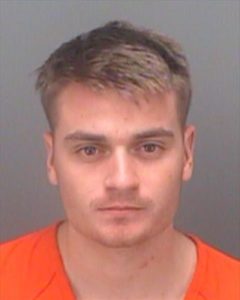 Remember that white supremacist that converted to Islam and killed his neo-Nazi buddies? Well, the “one that got away” was recently arrested on federal explosives charges.

Brandon Russell, 21, a member of the Army National Guard from Tampa, FL, was arrested May 21 in Key Largo during a traffic stop. The reason he was detained is that his roommate, Devon Arthurs, a former neo–Nazi who converted to Islam had just murdered the other two neo–Nazi roommates living in their shared apartment.

According to the newspaper, when police searched the four men’s apartment after Arthurs was arrested, they found a framed photograph of Oklahoma City bomber Timothy McVeigh in Russell’s bedroom, along with white supremacist propaganda, and a copy of Hitler’s Mein Kampf.

That wasn’t all they found. According to the May 22 Herald report:

FBI and Tampa Police Department officers found a cooler containing a white cake-like substance in Brandon Russell’s garage, underneath his apartment, that tested positive for hexamethane triperoxide diamine, which is a precursor to several different types of explosives. He was arrested Sunday on possession of unregistered destructive devices and unlawful storage of explosive charges, and charged federally on Monday.

Also found in the garage were empty 5.56-caliber bullet casings with fuses that agents say could be used as detonators of the HMTD.

While police were searching Russell’s apartment, he was out with yet another neo–Nazi friend buying two more guns and 500 rounds of ammunition, according to the Tampa Bay Times.

Yet none of this—not the radiation–emitting explosives in his garage, the admiration for white terrorist Timothy McVeigh, the online terrorist threats, or the adulation of Adolf Hitler—was enough to convince federal Judge Thomas McCoun that Russell poses a threat to the community.

A judge granted a request Friday from a suspected neo-Nazi to be allowed out of jail while awaiting trial on federal explosives charges.

U.S. Magistrate Judge Thomas McCoun rejected the government’s argument that Brandon Russell should be held in jail because he poses a threat to the community or is likely to flee if released.

“I am unable to conclude there is clear and convincing evidence that Defendant represents a threat to any other person,” McCoun wrote.

The exact amount of Russell’s bond and the conditions of his release would be detailed in a separate order, the judge wrote. That order had not been released as of late Friday. 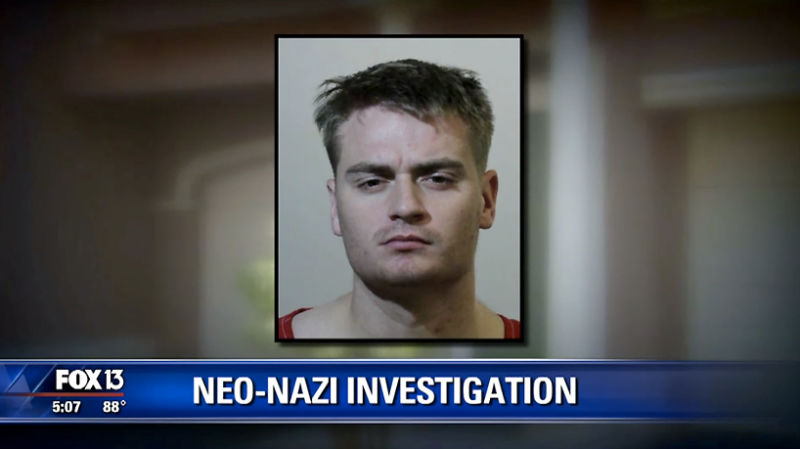