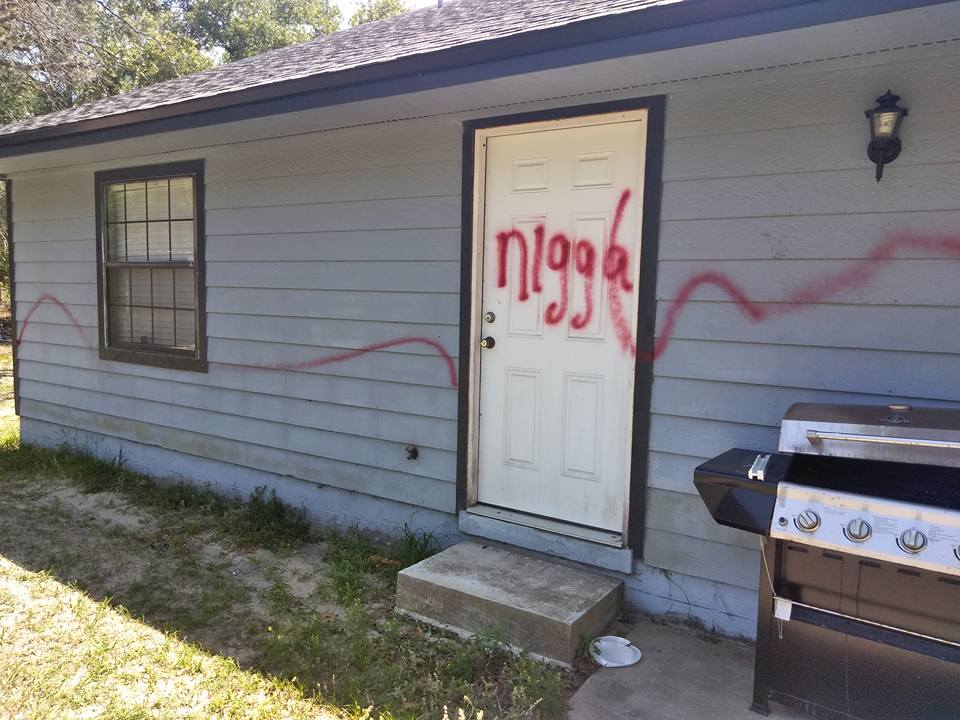 Belleview (WTFF) – A neighborhood in Belleview was reportedly vandalized by unknown suspects on Sunday night.

A victim states that her home and vehicles were spray painted, phone lines were cut, and the woods behind her home were set on fire.

Facebook user Nakea Darisaw uploaded this post to her profile page and this post to a public group describing what she found Monday morning (both posts have since been deleted):

“I live off of C-25 in Belleview and woke up to my home and vehicles vandalized with racial slurs on them and the word GO written on my front door. The woods in the back of my home were set on fire as well as my phone lines were cut outside. If anyone has any information please contact Marion County Sheriffs office. My children have been terrified by this“

A GoFundMe was started for the Darisaw family, and has raised over $8,000.

The use of the word “nigga” versus the explicitly racist “nigger” only deepens the mystery. “Nigga” is an endearing term for many, and in Central Florida the word knows no color boundaries, according to local sources. From black to white to latino, many use the word freely towards each other, with love and respect. That being said, traditionally “nigga” is reserved for black people who choose to use that word among their peers. The word “nigger” is predominately used by racist ignorant, toothless, moonshine drinking, meth smoking, redneck assholes who foolishly blame colored people for all their problems (not to be confused with good rednecks who love everybody regardless of race).

Why did the vandals use the soft “a” instead of the hard “r” when spelling the n-word?

Statement Analysis, a blog site, investigates, as well as various Facebook users and /pol/ (scroll towards the bottom of this page to “The Plot Thickens”)

All people are innocent until proven guilty, so while it’s important to remain skeptical about things we see in media, it’s equally important to not ridicule victims with accusations. We should always have sympathy for our fellow human beings. Resorting to hatred, paranoia, and mistrust does nothing but divide us and create more hostility.

The police are treating this as a criminal mischief case.

“Goodmorning everyone it sort of hurts me to know that some people can be so cruel with their comments regarding my family circumstances. I have a past yes but who doesn’t I am not ashamed of anything because it has helped me to be the strong person that I am today. And I know without of shadow of doubt that if it wasn’t for God being a part of my life who knows where I would be. Everyone is looking at my vehicles and home but don’t even no the struggle I went thru to get where I am today . I am not a thug or drug dealer but a educated business woman. Please know everyone that if God was able to change me of all people he can change anyone. I am not a respecter of person. I have NEVER in life asked or had anyone to ever do anything for me until now. I pray that God’s love will prevail thru all of this. Blessings everyone and that my life will be used as a living testimony of what an AWESOME God we serve.”

Again she posted a statement on May 2:

“Insurance fraud of all things really! I can pay to have my vehicles repaired myself and my home repainted. I work hard everyday. My vehicles has more than a broken windshield and spray paint all over them. But I guess you guys didn’t see that but you assumed that you saw red spray paint can on my kitchen counter it wasn’t red paint though that’s the thing.I have red paint in my home but it’s gallons of red paint that I used to paint a room in my home. I owe No money on my vehicles. I would never do anything to cause my children to be afraid. I work hard every single day. I have Never filed any type of claim until now not even when our things were stolen during the hurricane. Don’t try to judge me and come up with any conclusions without even knowing me”

The suspects have not yet been located. If you know anything that could lead to an arrest, please call the Marion County Sheriff’s Office at (352) 732-8181.

Here are the photos of the damage: 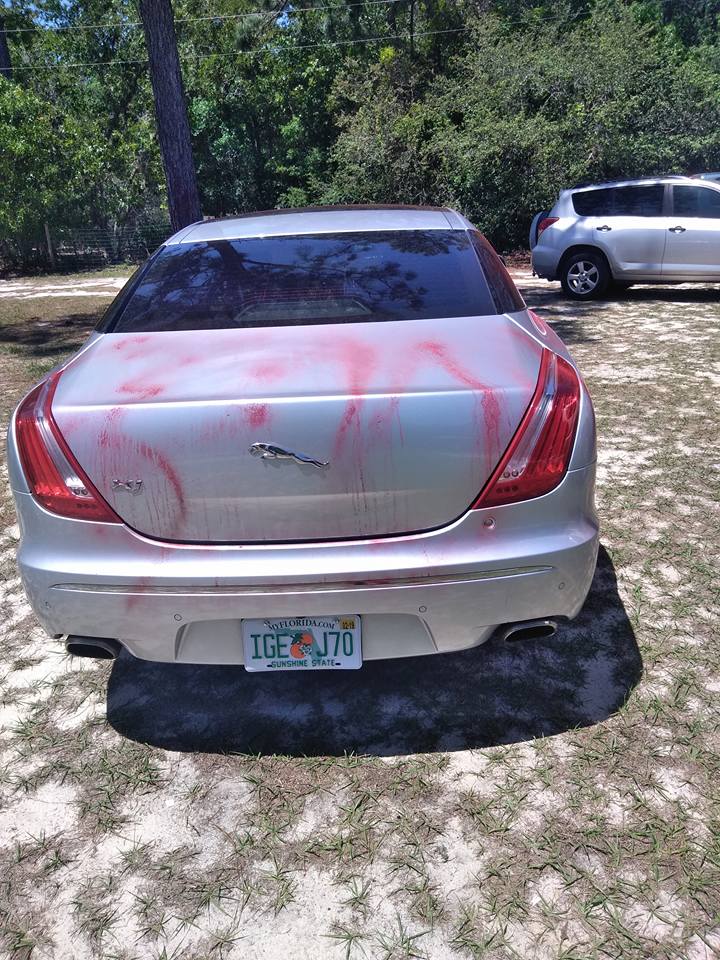 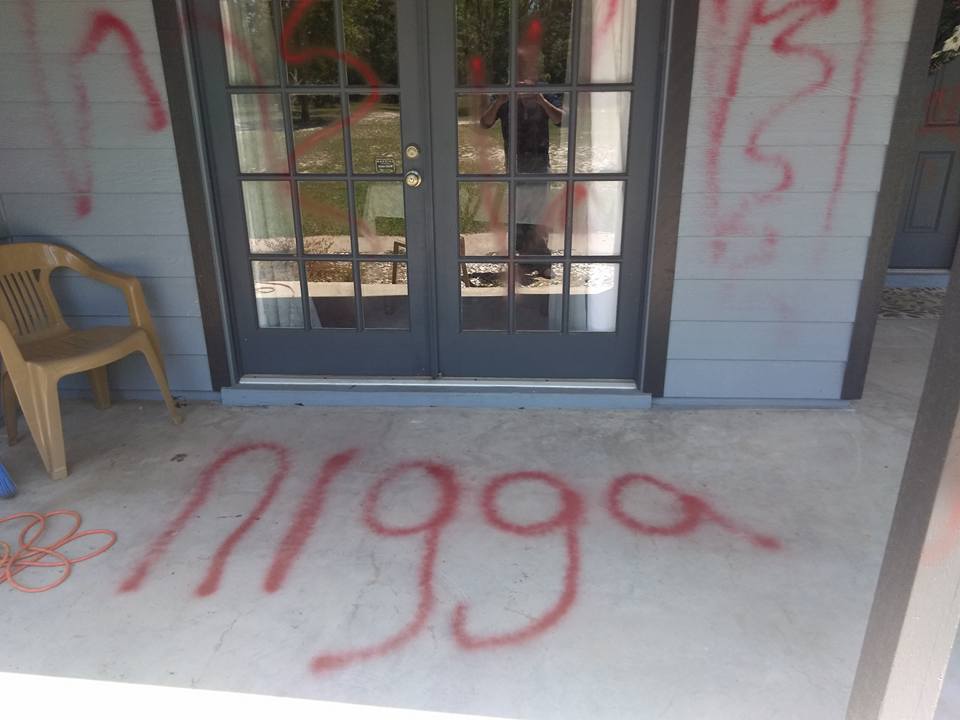 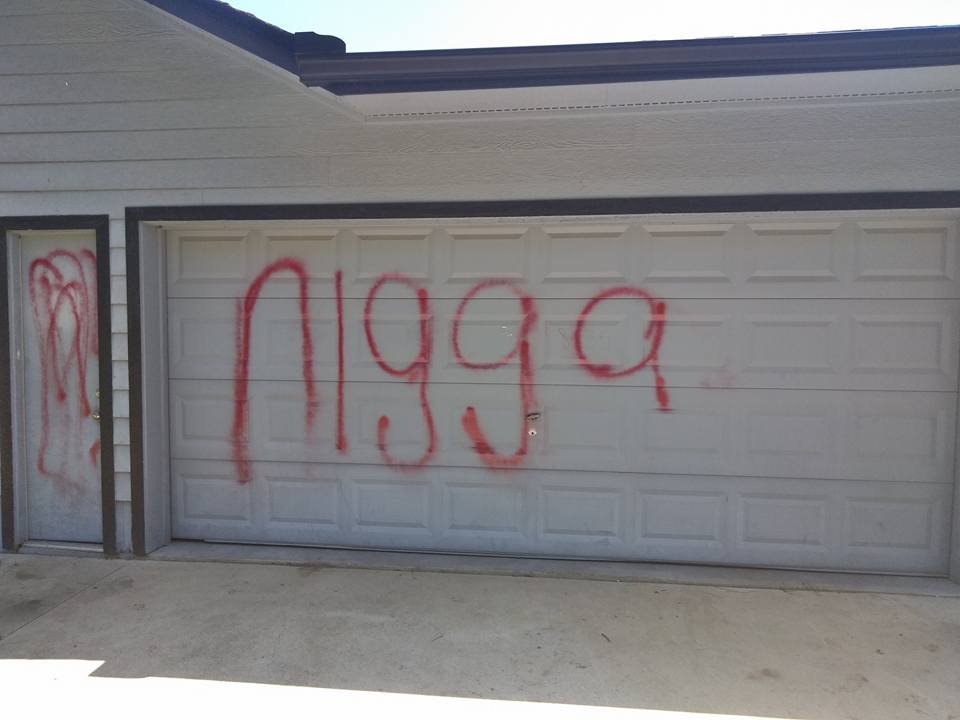 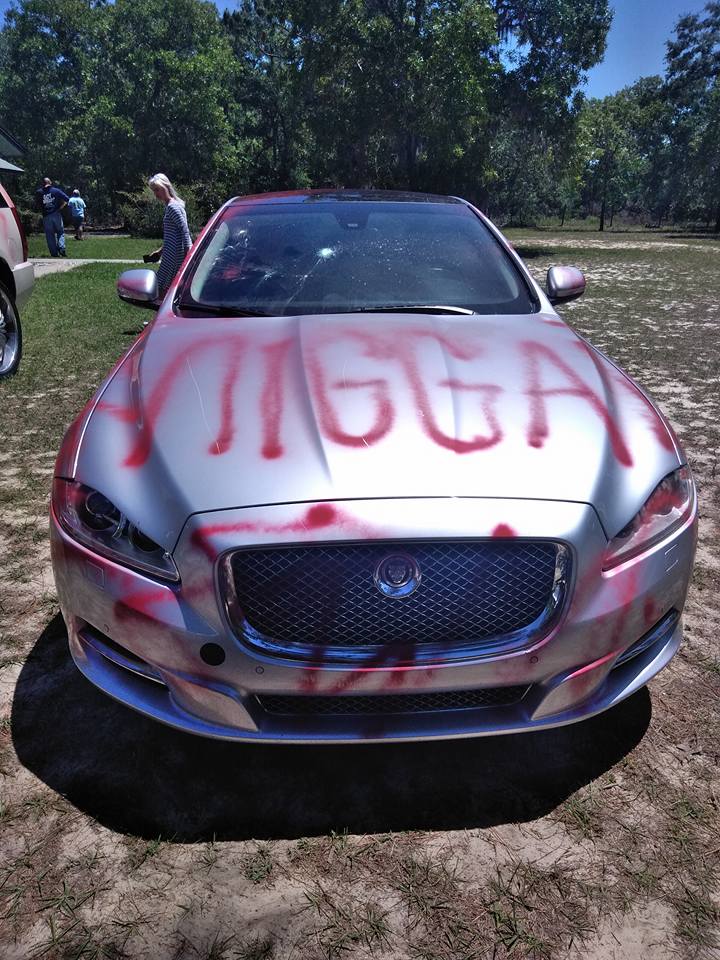 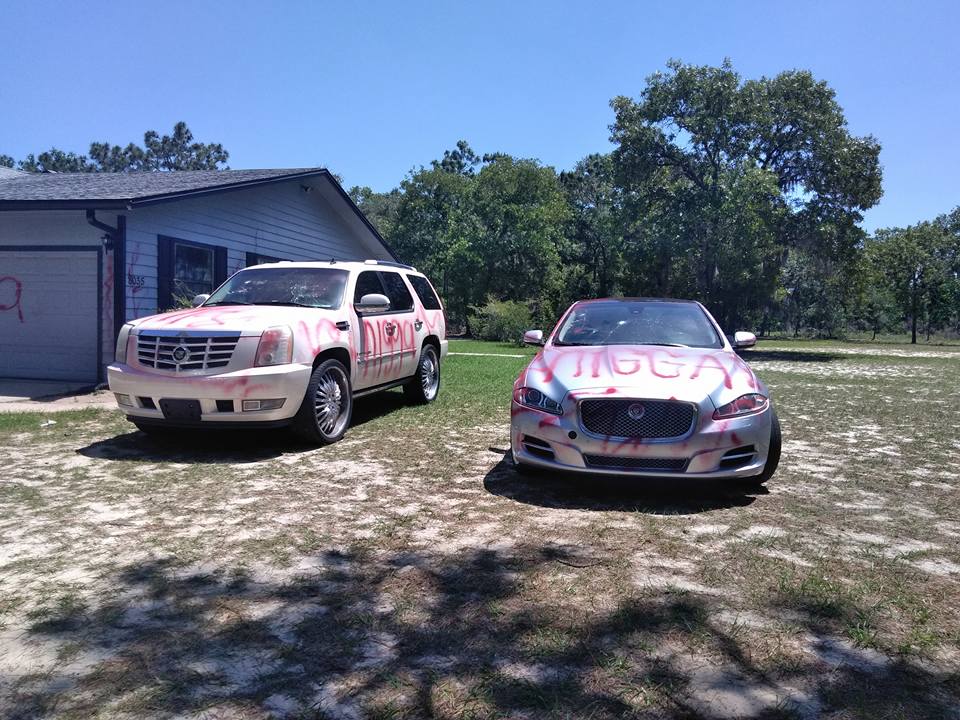 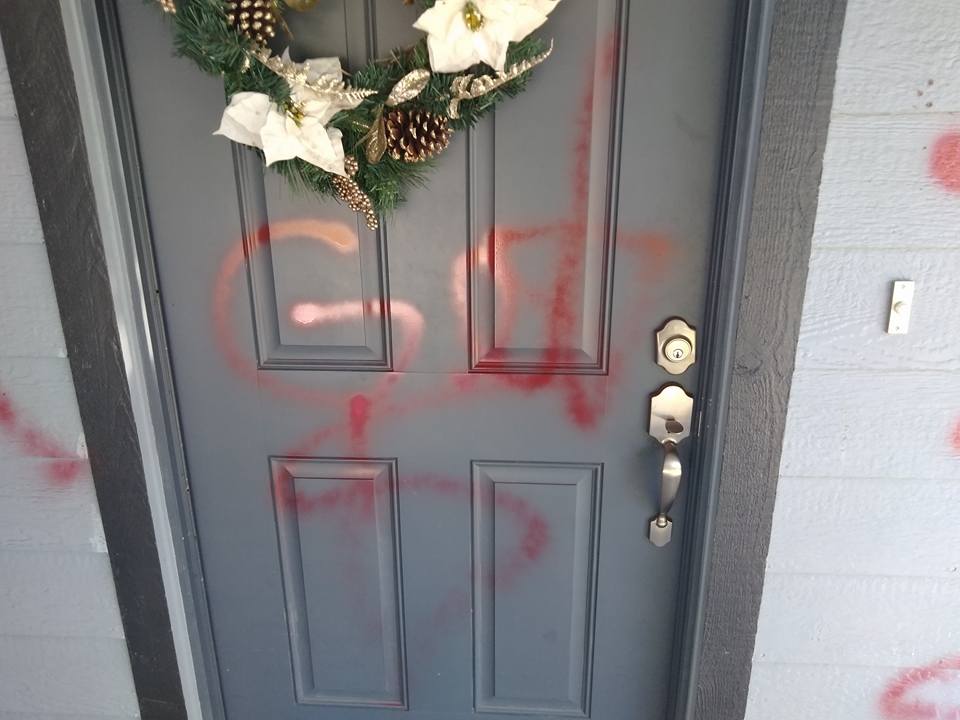 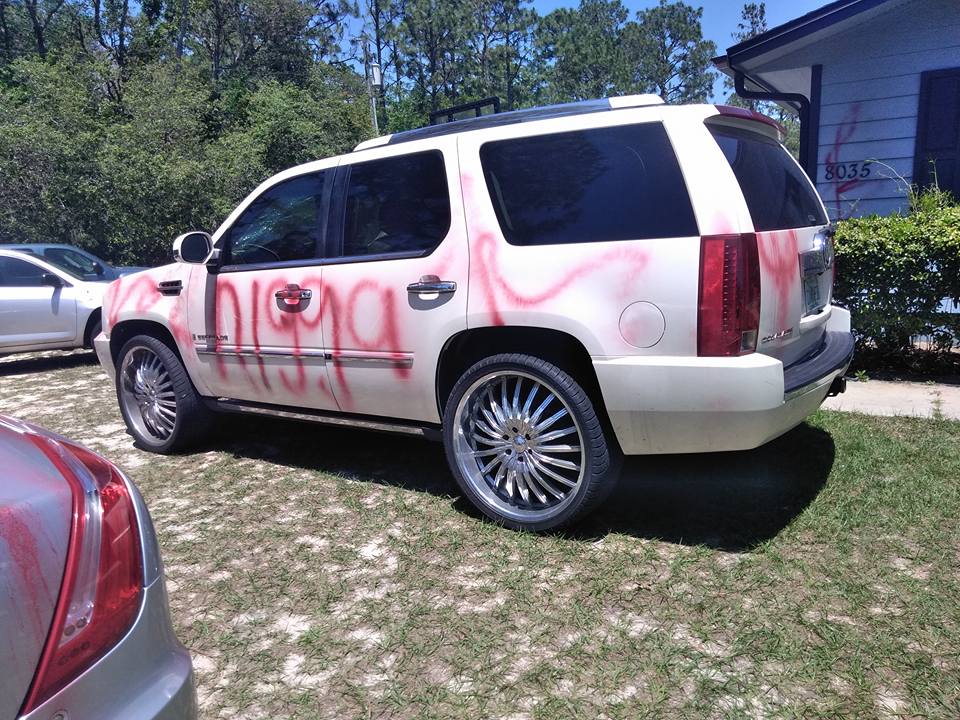 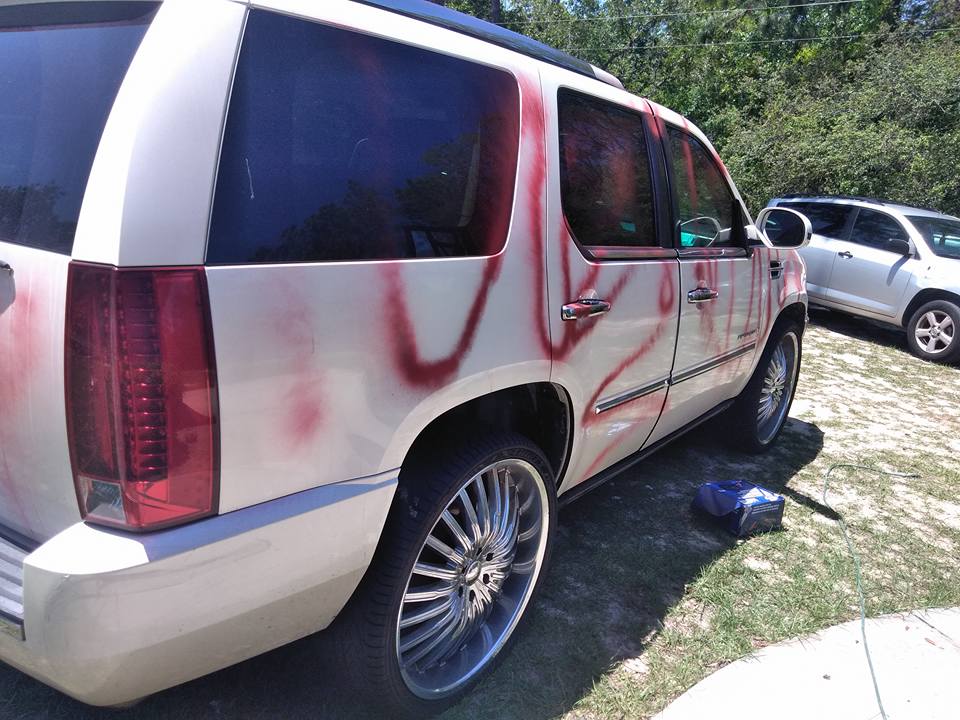 That woman from Belleview spray painted her house and vehicles to commit insurance fraud and make whites look bad. You read it here first.

Notice the spray paint in the first picture, it matches the patio table pictured. Also matches paint on her house/cars.

Next I want you to notice the house. See how it’s at arm’s length, slowly going up and down, almost as if someone just strolled around the house spraying. Doesn’t really seem like the marking of some racist sneaking in the night trying not to be caught.

Now look at the cars. The cars could be financed to hell, so she wouldn’t care about their condition, the bank would be the one taking the loss. Not those after market rims though! She’s bought them herself. Notice how they are spotless!

Speaking more on the car. My fellow Floridians are aware insurance HAS to replace windshields. Everything else you pay a deductable. Notice how none of the glass got damaged except the windshield. Hmm.

Lastly, if someone is out committing racially motivated hate crimes, they’re not going to spray “nigga”. You know damn well they’re going to use the hard R and be as insulting as possible.

Oh and on top of insurance she’s raised over six fucking grand in GoFundMe. Can’t tell me that’s not motivation. Six grand minus the one hundred dollar pressure washing job equals…. 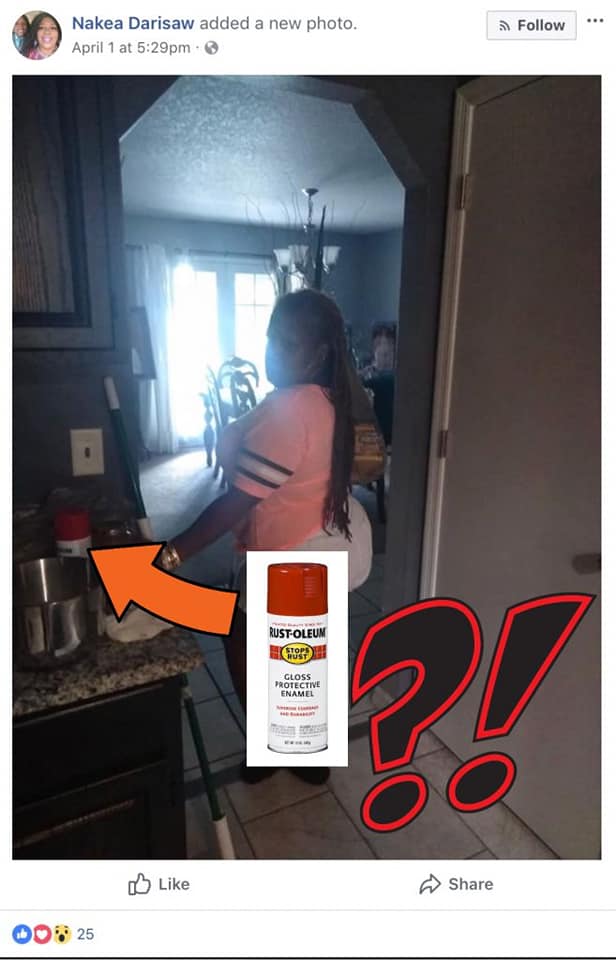 In case you’re not from the internet and don’t know already, 4chan threads are uncensored, always die, and are full of ironic racism and real racism. Don’t go there if you’re a sensitive little bitch or get offended easily. Here’s the link while it’s still alive:

And here’s an archive link:

OP made this image outlining the evidence: 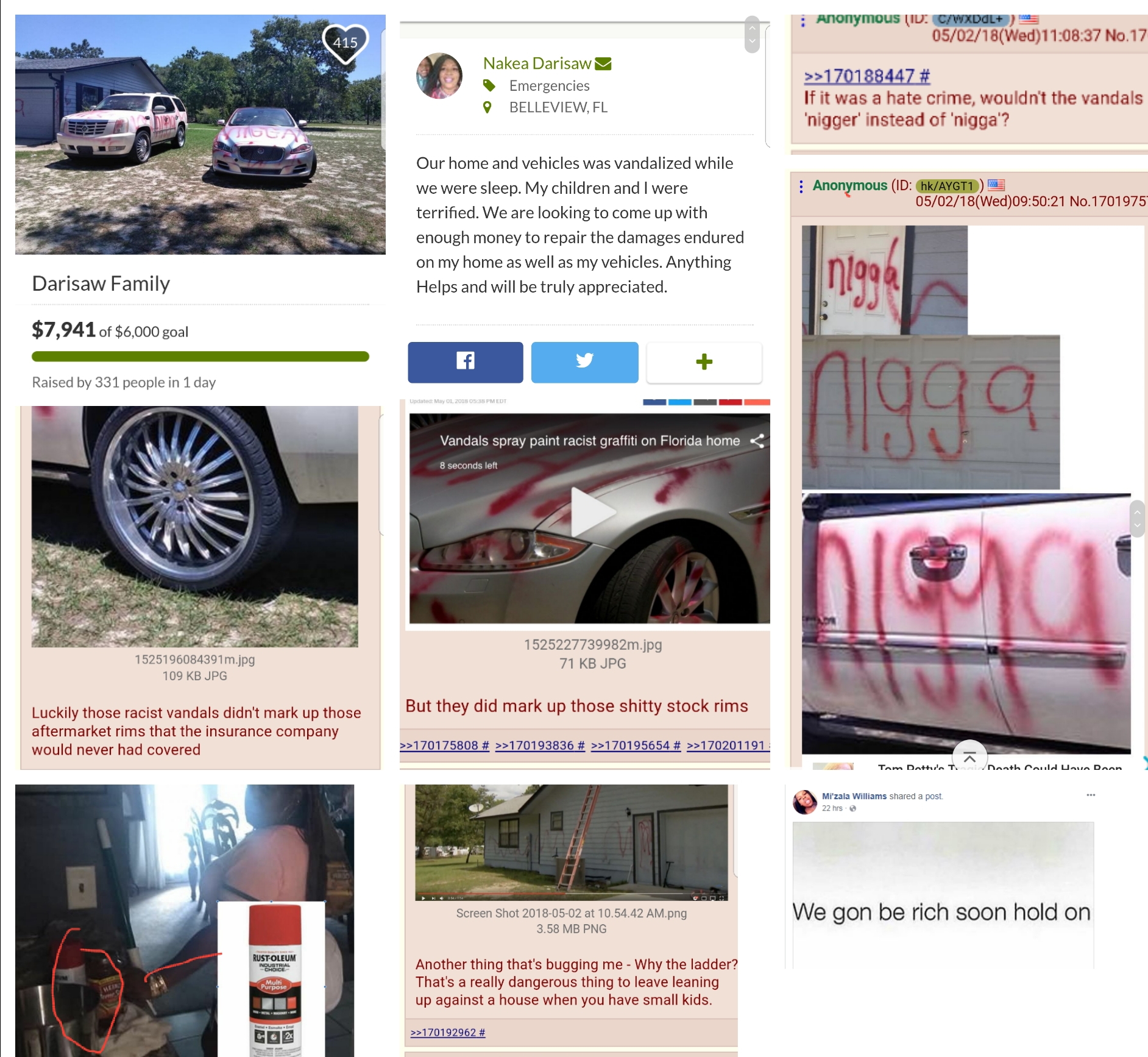 Anon: That paint comes off easy the next day with nail polish remover, they forreal just scamed $6,000 off these leftist….i hope they spend it all on those kids

Anon: A white person who would do this would never write “nigga.” Only niggers and chiggers and wiggers say nigga.

Anon: I hope it isnt fake, im all for helping people when they need it but it the piss takers that stop people being nice and doing it

Anon: Have Driveway
>Park in Yard so there is plenty of room for painting
False Flag again. 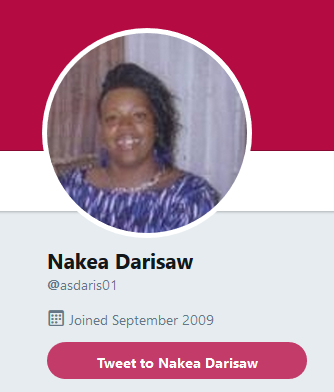 On that page, user Asdaris01 (same as Twitter handle) talks about her plastic surgery experience (along with graphic bloody photos of her big ass) and mentions the $8900 it cost, “which isnt pocket change so now I have to go thru all the buttshit over again,” the user writes. 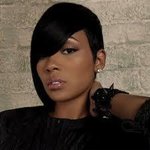 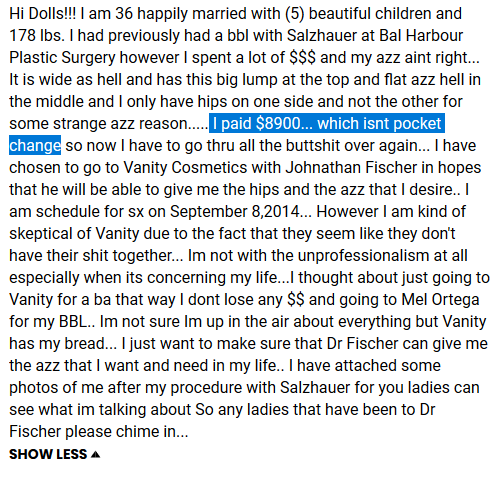 We will provide updates if any new info comes along.

Here’s a meme, just because: 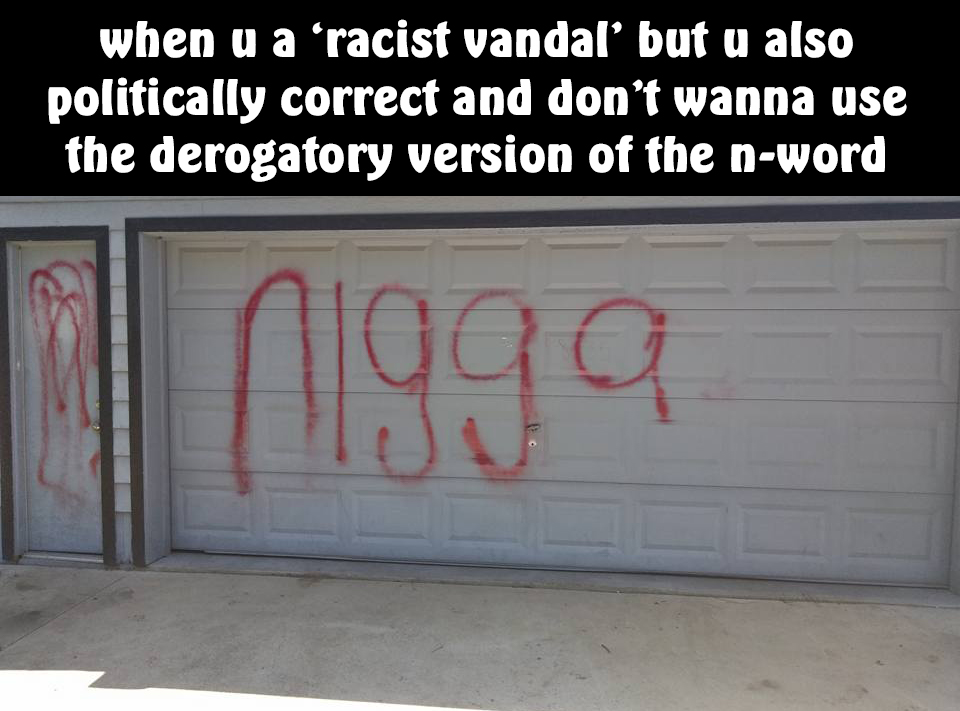 I have too many questions on this. Somethings don’t seem right..

Who doesn’t wake up when someone’s hitting their car windshield with something. Both appear to be cracked. Also, they’re relatively new cars. No car alarm?

If you don’t wake up from any of that, what about the forest behind your house being set on fire??? I mean our brains have a natural alarm system and it wakes us up when somethings wrong. Also, no pics of the supposed burnt trees. If it were me I’d have every pic of every little damage several times different ways lol. However I wouldn’t likely post it on Facebook.

Why is the damage so extensive? Even if someone was extremely angry it’s rare they wouldve tagged every visible thing and broken windshields, and set a forest on fire and cut telephone wires. You get it and get out to avoid getting caught right? Perhaps there was more than one person? It also seems pretty disorganized and the N word ends with “a” instead of “er.” The latter of which is the “insulting term”.

Moving to the next items on the list, there are also no photos of cut telephone wires. The cars were moved before the photo. Who parks their cars in the grass pointed away from their house when they have a driveway and garage? Hopefully the police were able to investigate the scene prior to them being moved.
It appears at least several of these pictures were taken after other people had arrived at the scene which seems sorta odd as well. You can argue that she wanted to wait till others were around, but she would’ve already been outside prior to even see the damage and at that point what vandal sticks around till morning?
Why isn’t her grill tagged btw? (More pics on Facebook, the line painted around the house goes over the grill. Wouldn’t a vandal paint that too?)

Sorry, I believe this was insurance fraud. This last started a gofund me. What reason does she need that? Whoever did this knew the fire would not reach the house. If her and her kids were home who would paint on the door, windows, and garage and not be heard. I smell BS.

White people or jealous people did this, it was more than 1 person

Catch whoever did this. Her children shouldnt suffer this, nor should she.