The Internet (WTFF) – A  website housing blueprints for 3D-printed guns has been shut down by a federal judge.

Cody Wilson is the founder of Defense Distributed (defdist.org), “a non-profit, private defense firm principally engaged in the research, design, development, and manufacture of products and services for the benefit of the American rifleman.” They’re based out of Texas, the other Florida.

“I am no different from a publisher of information,” he told CBS.

Back in July the U.S. dropped their prohibition on 3D gun files, reports reason.com. This was a big win for gun rights activists, defenders of internet freedom, and those who wish to uphold our constitutional rights to the uncensored flow of information.

Cody told CBS that he won’t publish any new blueprints on his website until September while the case works its way through the courts.

Since we hate censorship, and love free speech, we’re providing links to the blueprints. Banning gun knowledge to prevent violence is like providing abstinence-only programs to prevent unwanted pregnancies: they are disingenuous efforts that stem from ignorance, fear and control. 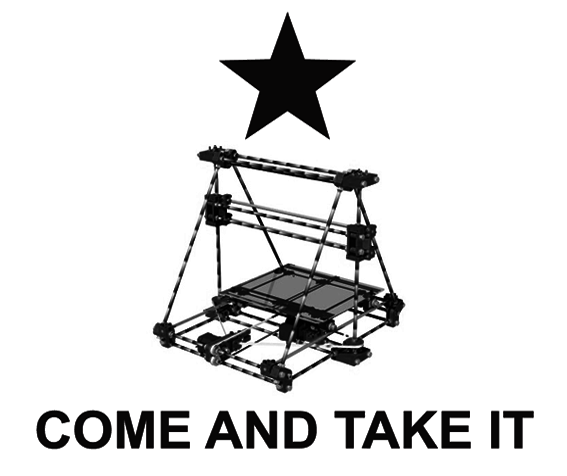 […] Not only is it a direct attack on the proletariat, but it’s ineffective, as we can literally print guns at home now. The year is 2019. Let’s start facing reality and fixing our societal problems using […]