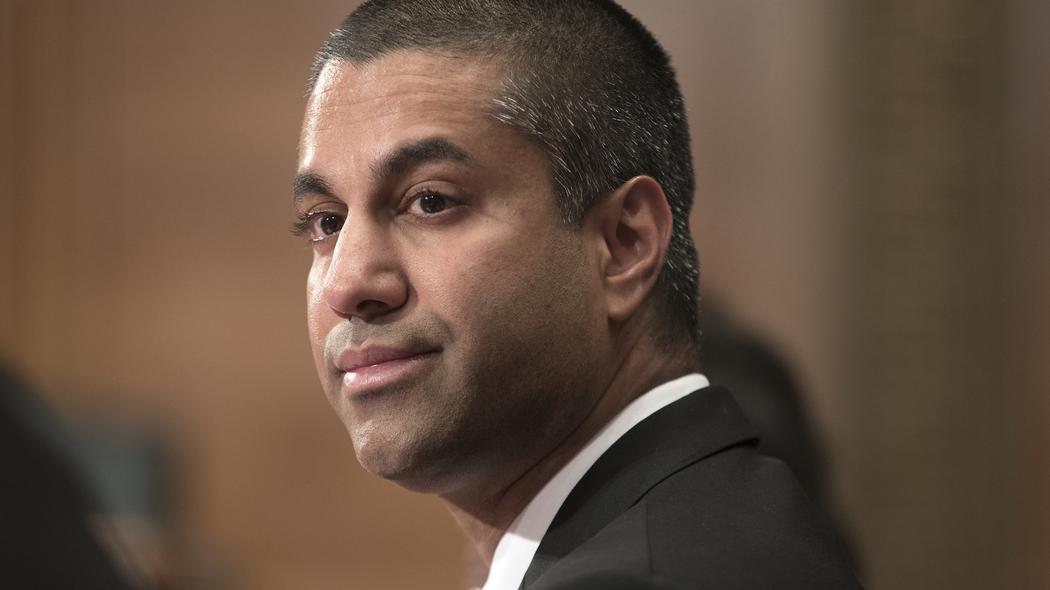 If you’ve been online at all today, you already know what happened.

Vice.com tells it like it is: Net Neutrality Is Being Stolen From Us in a Fucked Up, Undemocratic Heist. Read that article first if you’re just now hearing about this. It’s a good overview.

If you haven’t read the original bill that the FCC voted to repeal, please do so here: FCC-15-24A1 or directly from the FCC website: https://transition.fcc.gov/Daily_Releases/Daily_Business/2015/db0312/FCC-15-24A1.pdf

It’s long, but AT THE VERY LEAST scroll down to page 7 and read on from the Clear, Bright-Line Rules for a bit. Then leave your comments, suggestions, ideas, and opposing comments. Because some of you saying some ignant shit and making Florida look bad. STFU and read.

WTFFlorida.com is just one of the billions of websites affected by this takeover of our internet freedom. Comcast has already removed from their website their pledge to never implement “paid prioritization.”

If this repeal passes through congress, ISP’S would have the legal right to bully poor, little websites like WTFFlorida.com into paying them money to be accessed by users like yourself.

It also means that the highest bidder could pay Comcast to shut down our site and throttle our content.

It takes out the rules preventing ISP’s from installing spyware on your computer.

Remember all our efforts to indict the men who were torturing marine life? It took a lot of internet muscle to get over a quarter of a million signatures to indict them, and it fucking worked. That’s a beautiful and amazing thing. The internet and the people of The United States were able to bring down a supposedly untouchable group of animal abusers.

Now imagine if the parents of these boys, who had been protecting them from legal repercussions before we showed up, had pooled together and paid Comcast to block all Comcast customers from seeing our site. They can do that now, because the law protecting us from that has been slashed by a 3-2 vote that 83 percent of Americans were against. It’s not just liberals bitching about it either, 3 out of 4 Republicans are opposed to this repeal as well. The FCC, Comcast, Verizon, AT&T, and the other big contenders don’t give a fuck what we think though.

FCC Chairman Ajit Pai even published a bizarre video making fun of net neutrality supporters, insulting our intelligence and confusing the issue even more with painfully cheesy propaganda. It’s titled “7 things you can still do on the internet after net neutrality” and tries to deflect the very serious ramifications of this net neutrality repeal by using memes and jokes as a weapon against our intellect. You can watch it below:

Democracy has truly died if this bill gets slashed by congress… I’m still wrapping my head around this as I write, wondering how any of this could be real… wondering how we let it get this far.

The FCC even stole the identities of Americans in order to write millions of fake comments in support of repealing net neutrality to make it look like popular opinion. This is serious shit. Visit https://ag.ny.gov/fakecomments to see if your identity was stolen and used for their propaganda.

“Millions of fake comments have corrupted the FCC public process – including two million that stole the identities of real people, a crime under New York law,” said Attorney General Schneiderman. “Yet the FCC is moving full steam ahead with a vote based on this corrupted process, while refusing to cooperate with an investigation. As we’ve told the FCC: moving forward with this vote would make a mockery of our public comment process and reward those who perpetrated this fraud to advance their own hidden agenda. The FCC must postpone this vote and work with us to get to the bottom of what happened.”

Meme warfare is attempting to sway public opinion and make net neutrality look like a joke:

Here is a long list of telecom companies violating net neutrality prior to 2015, so that rules out the lie that everything was peachy before 2015. Any memes talking about “OMG the internet’s not gonna work anymore” are using the straw man logical fallacy… nobody ever said the internet was going to suddenly stop. This is real life, not a movie where some villain shuts off a giant internet switch somewhere after the repeal. The issue is more complex, and the ramifications of this possible repeal will integrate slowly.

Be vigilant in what you share, and be very careful what you believe.

Verify “facts” with at least 3 sources before you start to believe anything. Memes are the new tool of internet warfare, and if the FCC is crooked enough to steal people’s identities to write fake comments, it shows they will do anything to become more powerful. Ted Cruz got paid $322,505 by telecommunications giants to vote against public interest, so it’s no surprise that the logical fallacies and disinformation he’s posting to Twitter are in favor of Comcast, AT&T, Verizon, and the companies that paid him to vote against net neutrality.

We have to fight back. Part of that fight will involve keeping a cool head. The future is here. Information warfare is a real thing: memes, fake news, and internet Jedi mind tricks are the devices sent to implode America. So we must take a few deep breaths and not be so reactionary. This is really happening, and we have to investigate every bit of information that comes our way. We must take everything with a grain of salt.

It’s not over yet, congress still has to approve the repeal. But Comcast has a lot of money, and congress likes money, so it’ll probably pass, unfortunately.

So read up on this. Do some research. If you decide to join our fight, then the next step is urging our Attorney General Pam Bondi to sue the FCC like other states are doing. So far Florida’s just sitting back and taking it like a little bitch. But we are not weak, and we are not to be played with. We stand our ground.

So to begin, let’s contact our Attorney General, Pam Bondi, and let her know that we the people of Florida wish to join the fight in restoring our net neutrality:

Good luck, and I hope to be able to keep delivering funny Florida news and other weird stuff to you. Thank you.

[…] all started the moment we posted an article in support of Net Neutrality. Immediately after posting the article, dozens of belligerent comments showed up from people […]