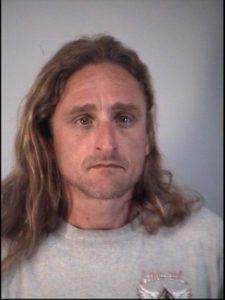 Sorrento (WTFF) – A Florida man driving straight with his left blinker on was pulled over and arrested for driving with a suspended license.

We’ve all seen that one guy cruising down the road with his turn signal stuck on, either blissfully unaware of its purpose, or simply too reckless to care. (More forgiveably, sometimes Floridians have their music too loud to notice that their turn signal’s stuck from a previously signaled turn.)

43-year-old Michael Cote was driving pretty sloppily, and because of his blunders he got arrested. He was born in Texas, but has lived in Central Florida long enough to become a Florida Man.

According to the affidavit, a Lake County sheriff spotted him driving around the intersection of SR 46 and CR 435 around the time when Thursday night turned into Friday morning.

Like most terrible drivers in Florida, his turn signal was blinking, but he had no intentions of turning.

The vehicle had its “left blinker on,” according to the report. He was driving in a “designated lane for vehicles to turn left,” but “continued straight onto Niles Street.” This caught the sheriff’s attention.

Instead of staying in one lane, his vehicle was “straddling the double yellow line” before finally turning left into a gas station parking lot.

The cop then pulled him over and noticed that the Florida man “seemed extremely nervous.” Cote admitted that his license was suspended. The suspension was due to a previous DUI incident.