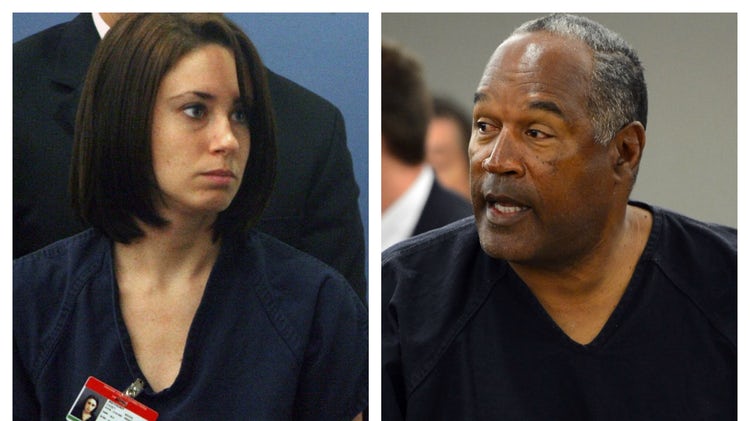 This could possibly be the most controversial reality show of all time.

In Touch can exclusively reveal that Casey Anthony and O.J. Simpson are in talks to star in a series together — after they were both acquitted of murdering their loved ones.

“It will give viewers the inside story on the aftermath of living with the horrible crimes they were ultimately acquitted of,” says a source.

It seems to be a big time for the former NFL star, who is now doing time for armed robbery and kidnapping. Our insider adds that there is a chance he won’t serve the full 33-year sentence.

“In October a parole board will decide if he will be released early,” the source states, adding “he’s putting Casey on his visitor list, and is even willing to pay for her to visit.”

Casey recently spoke out for the first time six years after she faced trial for her daughter, Caylee’s untimely death.

“I can empathize with his situation,” she said of O.J., who was found not guilty for the 1994 murders of Nicole Brown and Ron Goldman.