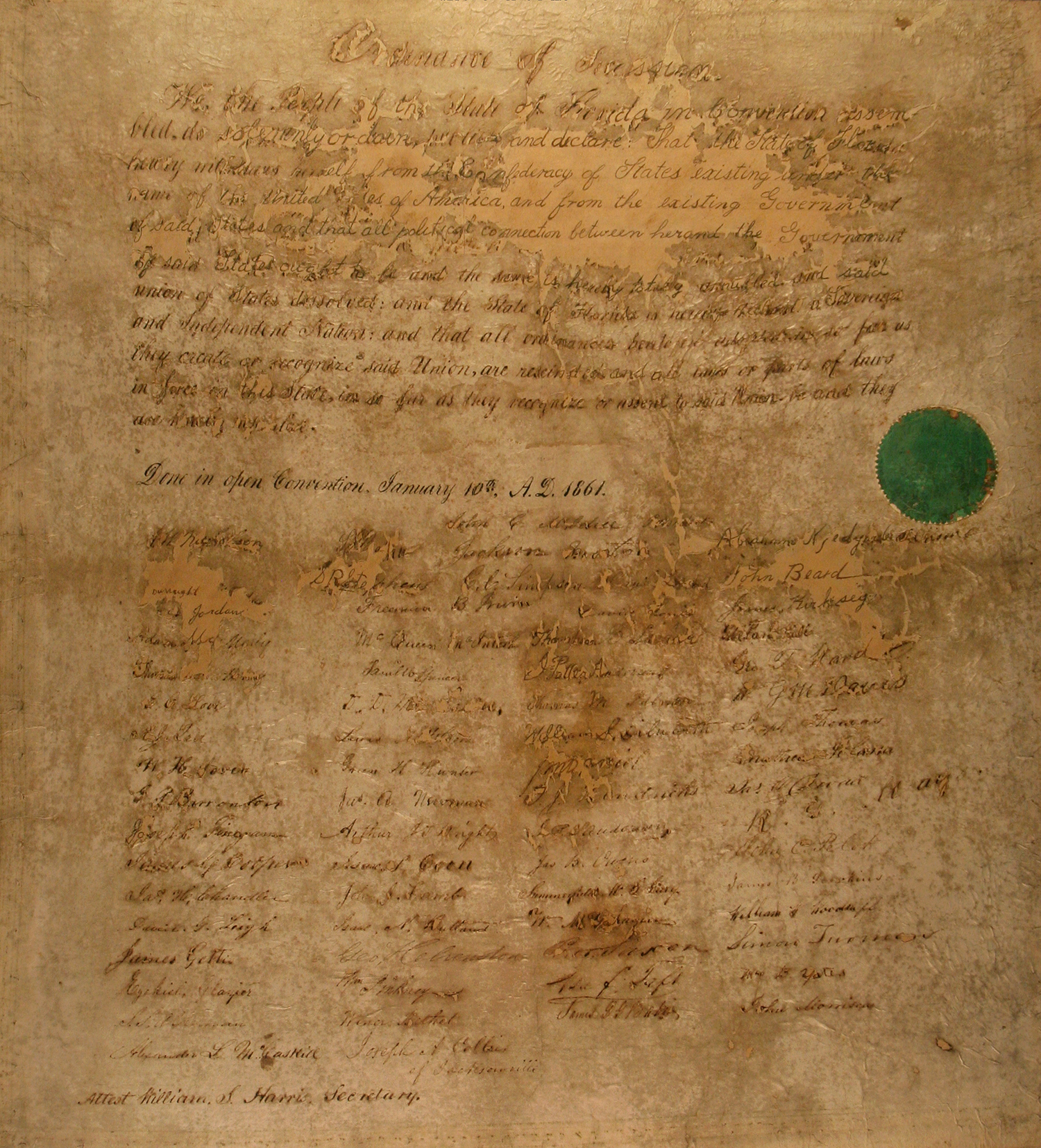 In the wake of Abraham Lincoln’s election to the presidency on November 6, 1860, Governor Madison Starke Perry called for Florida to prepare for secession and to join with other southern states in organizing an independent confederacy. The state legislature voted to hold a statewide election on December 22 for the selection of delegates to a convention that would meet in Tallahassee beginning on January 3, 1861, to decide whether Florida should secede. Of the sixty-nine delegates eligible to vote on January 10, 1861 for the adoption of an ordinance of secession, sixty-two voted yea and seven nay.

There are sixty-five signatures on the Ordinance of Secession.

We, the people of the State of Florida in Convention assembled, do solemnly ordain, publish and declare: That the State of Florida hereby withdraws herself from the Confederacy of States existing under the name of the United States of America, and from the existing Government of said States: and that all political connection between her and the Government of said States ought to be and the same is hereby totally annulled, and said union of States dissolved: and the State of Florida is hereby declared a Sovereign and Independent Nation: and that all ordinances heretofore adopted in so far as they create or recognize said Union, are rescinded: and all laws or parts of laws in force in this State, in so far as they recognize or assent to said Union be and they are hereby repealed.