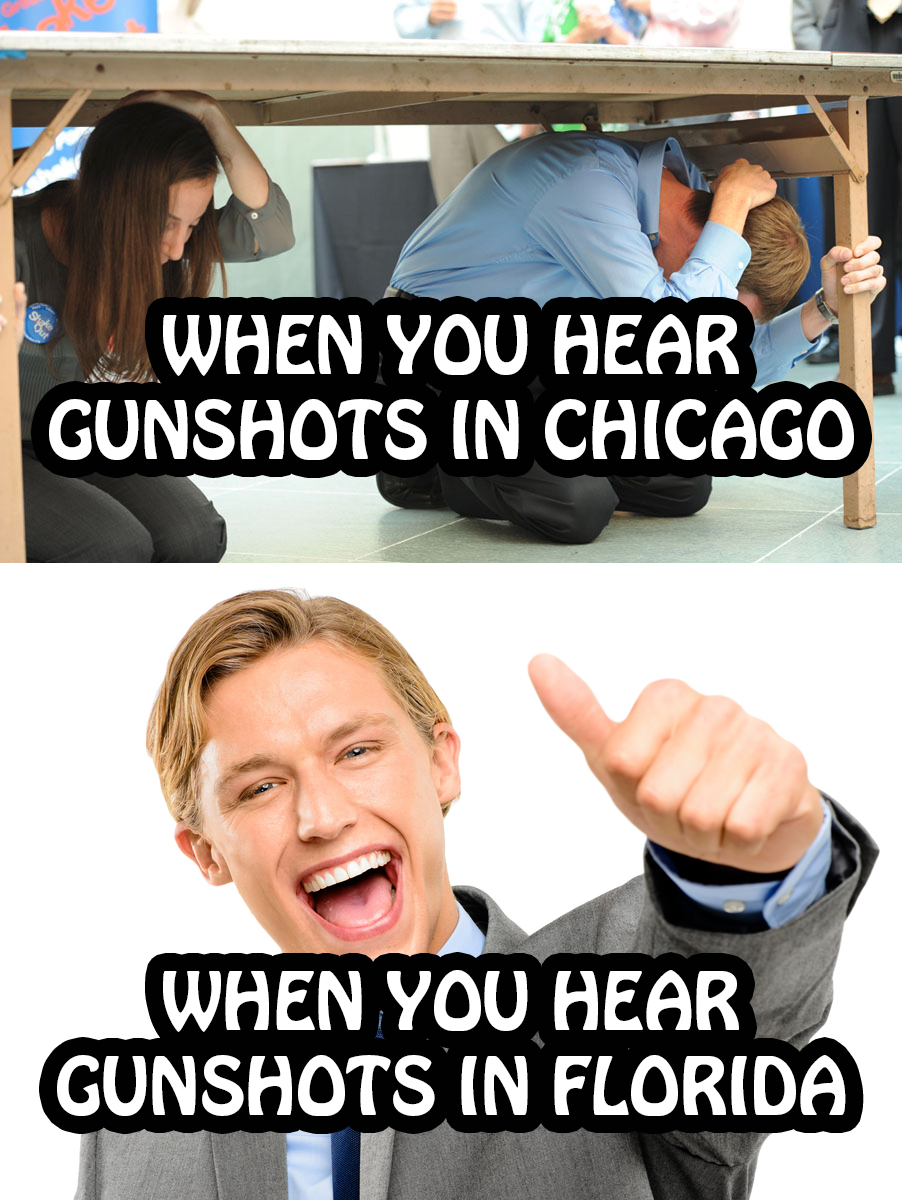 Florida, despite its fascination with guns, is actually pretty peaceful… at least out in the country parts. Nothing is more soothing than hearing the rapid fire of a semi-automatic weapon coming from your neighbor’s house after church on Sunday. On the real, old Florida Natives just enjoy shooting. Most of us aren’t violent, but we will rightfully protect our home and family. Guns are fun, and just like anything else that’s fun, they are dangerous and controversial.

That’s not to say we don’t have problems… in fact we have nothing but problems (which is why this website exists).

To exemplify our problems in a statistic:

One child is shot every 17 hours.

That info came from a well-written article on Miami Herald

The analysis found that, between 2010 and 2015, nearly 3,200 kids 17 and younger were killed or injured by firearms. Put another way, a child in Florida was shot, on average, every 17 hours.

We here at WTF Florida love our guns. We love shooting things. We fully support our 2nd amendment rights. We love guns so much it could become a new chapter in the DSM-5.

That being said, we also believe that people more fucked up than us should not have easy access to weapons. This should be a no-brainer, and a bi-partisan issue. Why the fuck is it easier to get a gun than to get a driver’s license?

Anyone can show up at a gun show with a shoddy fake ID and purchase a weapon that can be quickly modified into a fully automatic weapon. Anyone who says differently has never been to a gun show in Florida, or is full of shit.

Anyways, that’s a huge issue and we aren’t quite ready to battle this one (still working on the shark case as our first effort). In the mean time, dear Florida people, please lock up your guns when not being used, keep the safety on, and stop fucking shooting everything that moves. Thanks.