Learn more about the contestants:

Angry Gator, after escaping from prison, moved up north to the deep south. He was killed by gator hunters on the first day of hunting season. R.I.P. 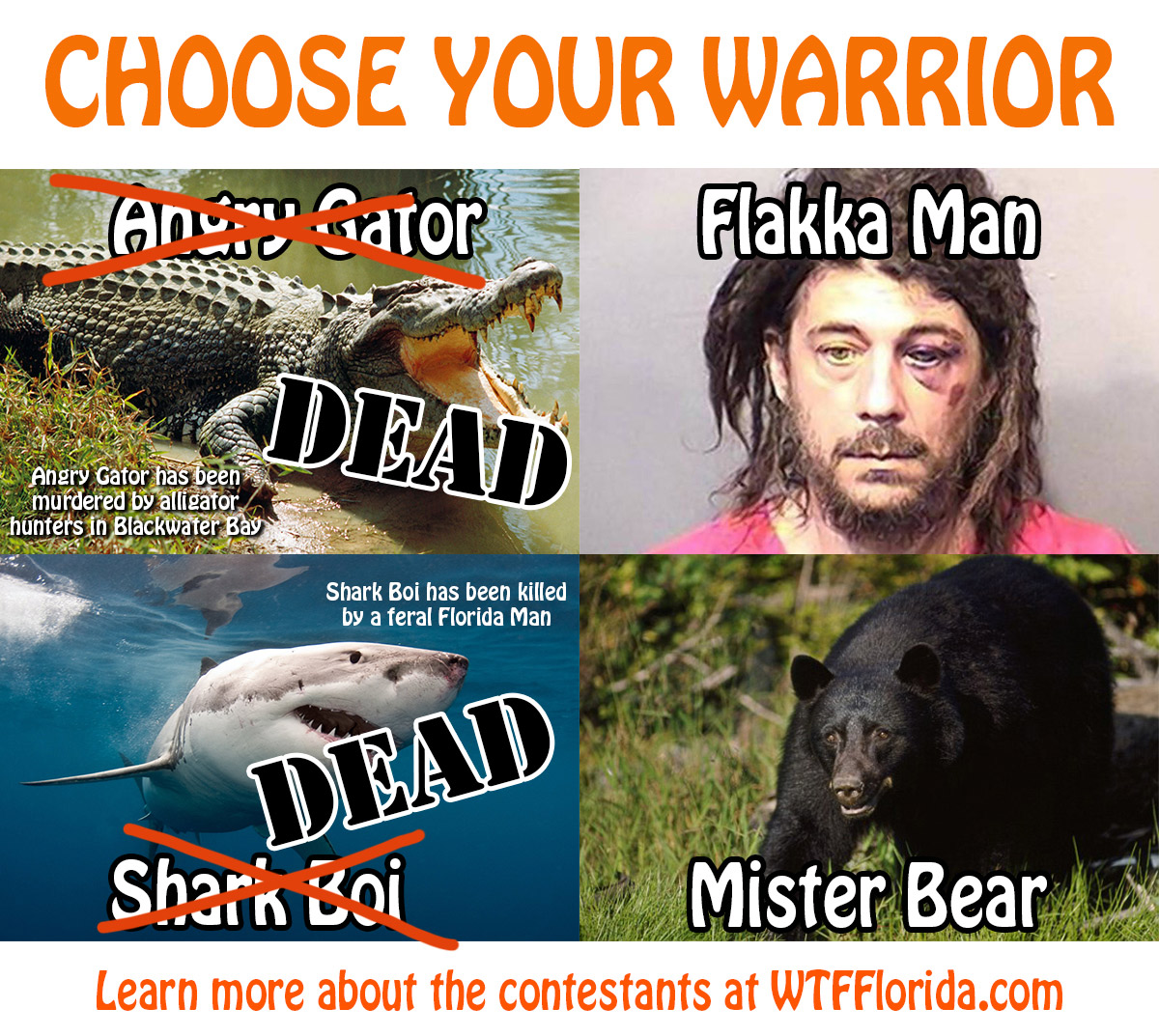 Angry Gator was arrested, but later released and not sentenced to death like his cousin Charlie. Angry Gator is still in the game, and a valid contestant. 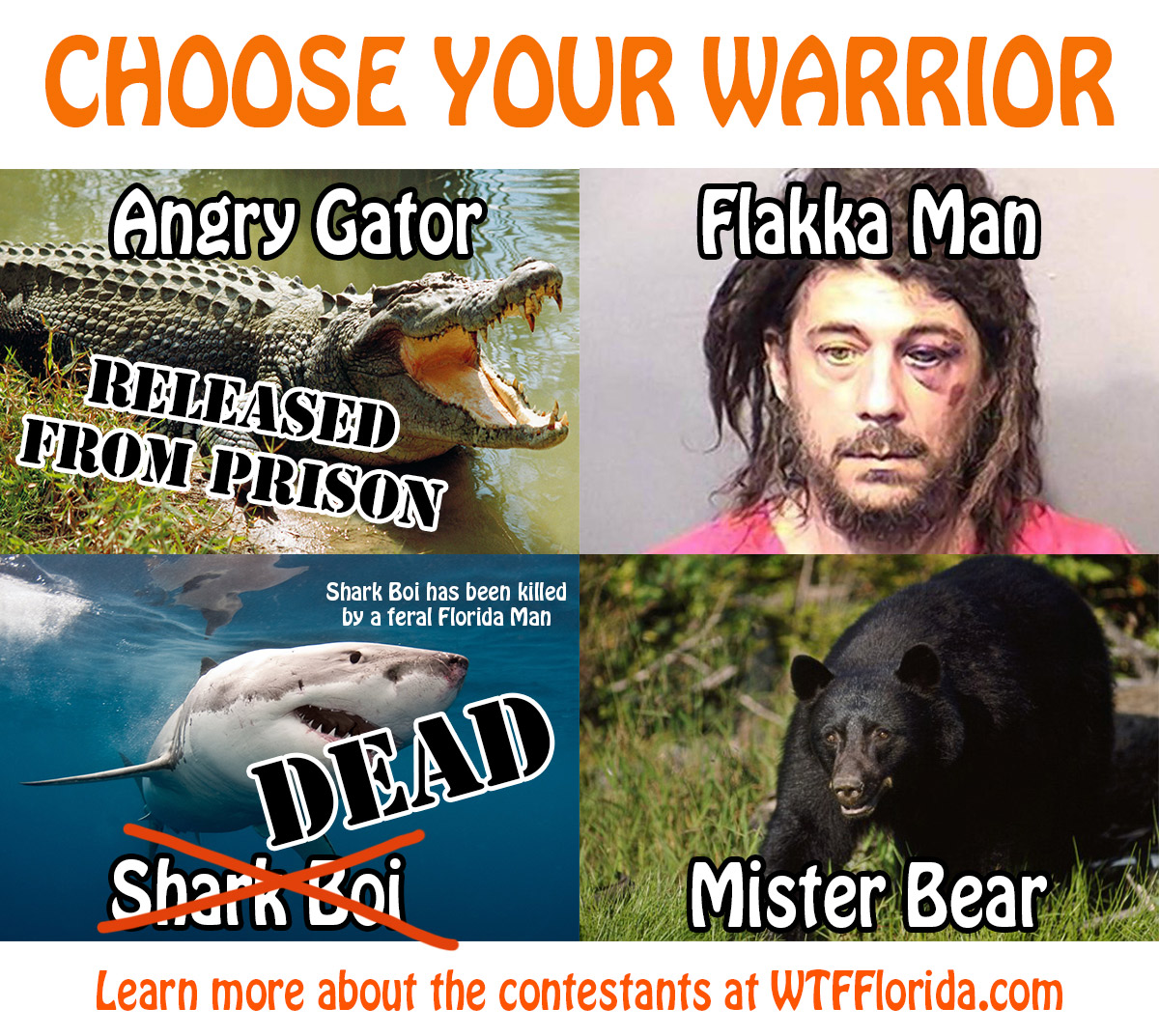 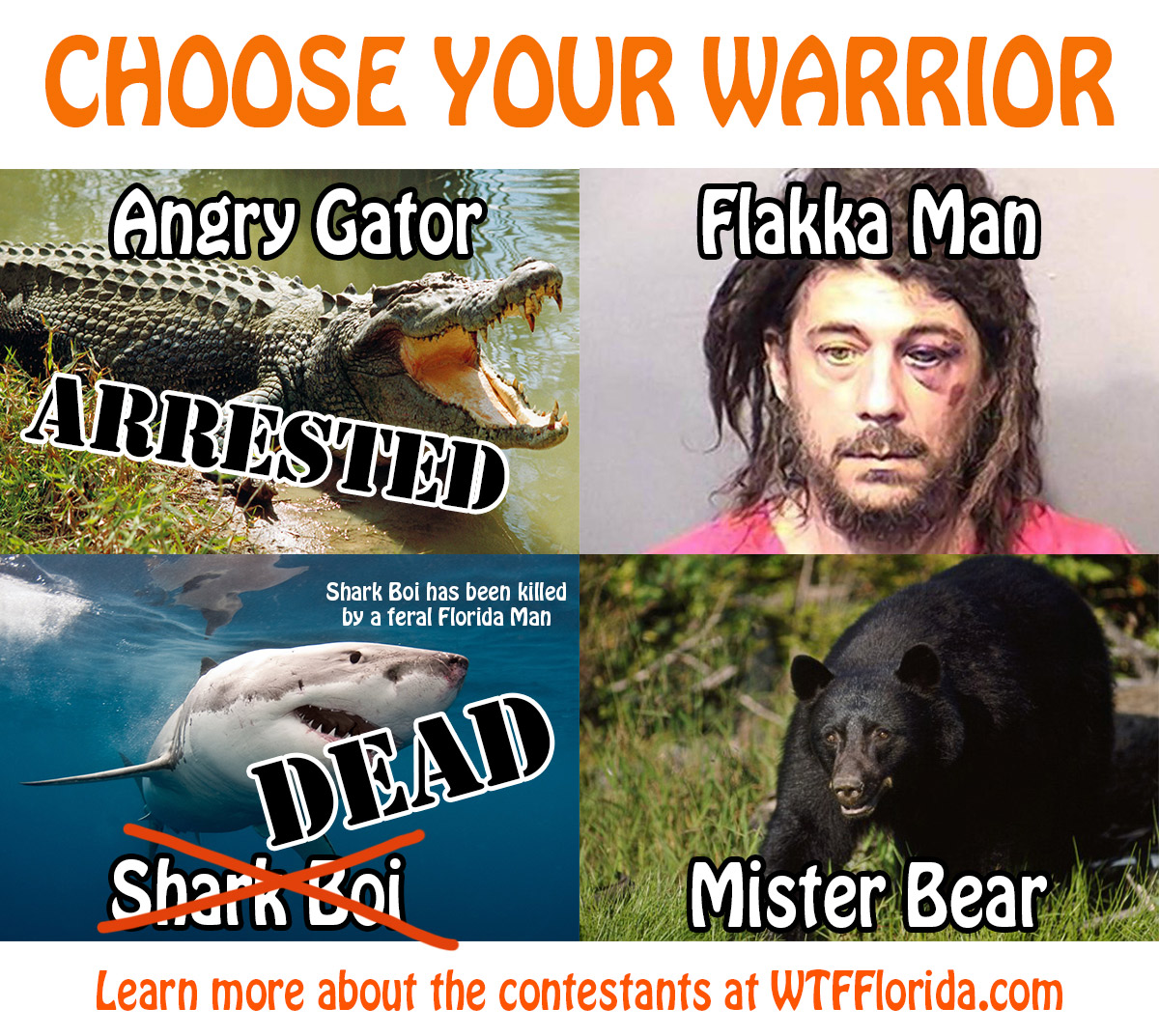 Bad news for everyone on Shark Boi’s team, a feral Florida Man has just killed your team leader. Three contestants remain in our Florida death match. Who will be the one and only victor? Choose your warrior wisely… 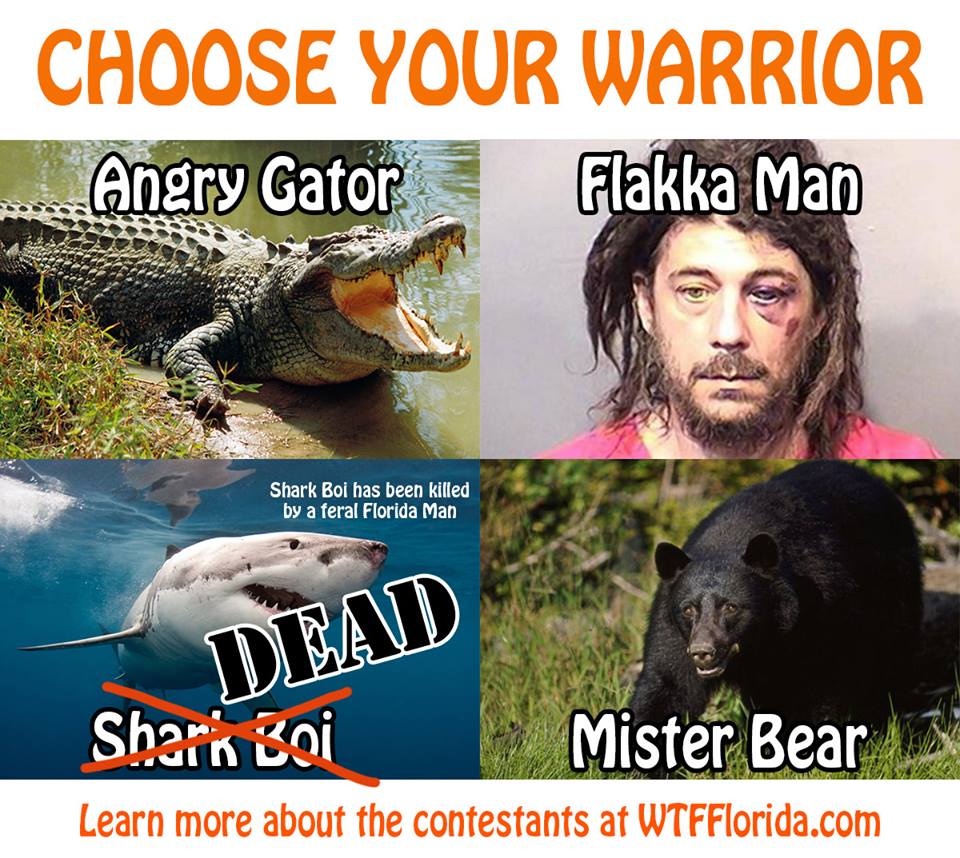 Here are the original 4 contestants. May the death match begin. 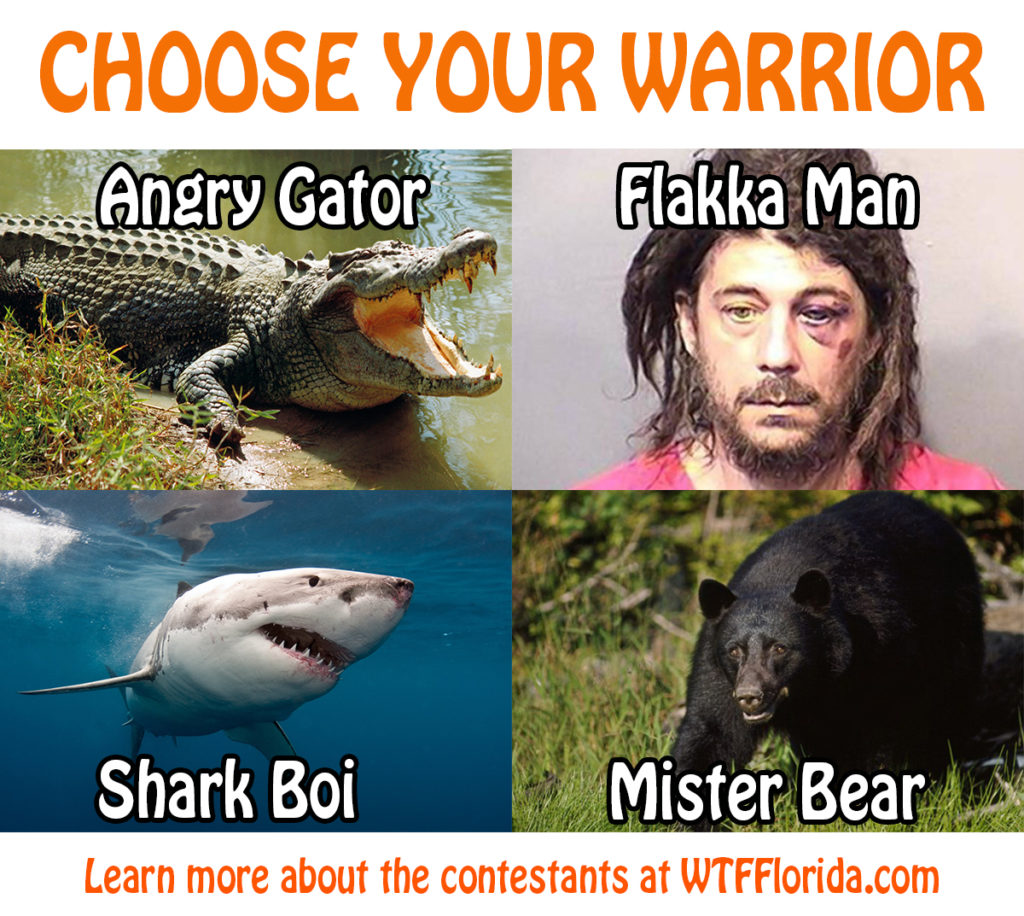 Angry Gator arrested on the porch of a Boynton Beach home - WTF Florida?

[…] is big news to everyone on team Angry Gator, you will be glad to know that he’s still in the […]