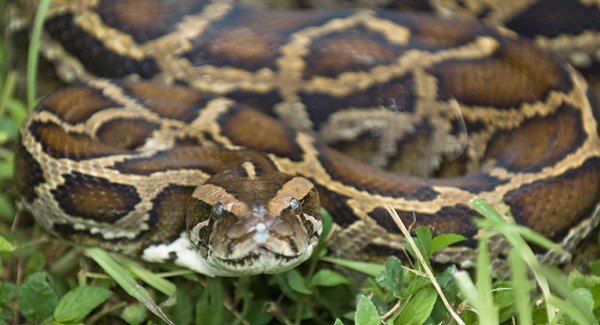 Burmese Pythons are taking over over the Everglades and changing the ecosystem as they eat deer, alligators, rats, and more. This has resulted in a huge loss of mammals. There could be tens of thousands to hundreds of thousands of these invading snakes.

On the flip side, Dr Stephen Secor of the University of Alabama, who researches Burmese python physiology told BBC that, “Some people want to sell it as an ecological disaster. It’s really not.”

Since we’re the media, we’re just going to roll with the hype and continue to sensationalize the threat.

How did this happen?

Many times, Florida Man will buy a Burmese Python as a pet, then get arrested, and his friends will dump the snake somewhere in a lake or flush it down the toilet. Other times, pet snakes will escape. Regardless of how it happens, the reason is always the same: humans are f*cking stupid.

Well, because they get cold easy. It’s warm in SoFla. Plus the Everglades is far away from humans, and they have plenty of animals to eat.

How do they know where to go?

Originally imported from southeast Asia as pets, these Pythons now consider the Everglades to be their new home. Remarkably, they will travel many miles to gather together in their new “Promised Land.” They essentially have built-in compasses, like sea turtles. Researchers aren’t sure if they navigate by the Sun, the stars, or by a magnetic compass.

These finding were published by the Royal Society journal Biology Letters. When researchers captured some Pythons from the Everglades and relocated them, they were tracked via GPS and found to travel 23 miles back home.

What about the environment?

Snakes are not the only problem. The Everglades Foundation informs us that the Everglades is now less than half its original size. 1,800 miles of canals and dams break up the flow of water from North Florida on down, with water control points and pump stations diverting the natural flow of water to coastal towns and cities.

“In the past hundred years, people have been digging canals and building dams in the Everglades so they could take water out of it, develop agriculture and build homes,” says Dr. Tom Van Lent, senior scientist at the Everglades Foundation. “We’ve built so many canals and drained so much water that the natural flow is interrupted.”

I’m terrified of snakes, how can I avoid them?

An interactive map of Burmese Pythons found in Florida is available on eddmaps.org. Just avoid those places, or get out of Florida.

What’s being done to fix the problem?

The FWC is working to correct the balance of nature, and to prevent the hostile takeover. It’s bad enough for our ecosystem that the water once flowing into the Everglades is being massively diverted and polluted. Now we have these idiots to deal with (the owners and the snakes).

The South Florida Water Management District is fighting against the invasion too, working alongside the National Park Service and Auburn University.

Dusty “The Wildman” Crum is one of the local heroes:

Meet the Python Hunters: Dustin Crum from SFWMD on Vimeo. 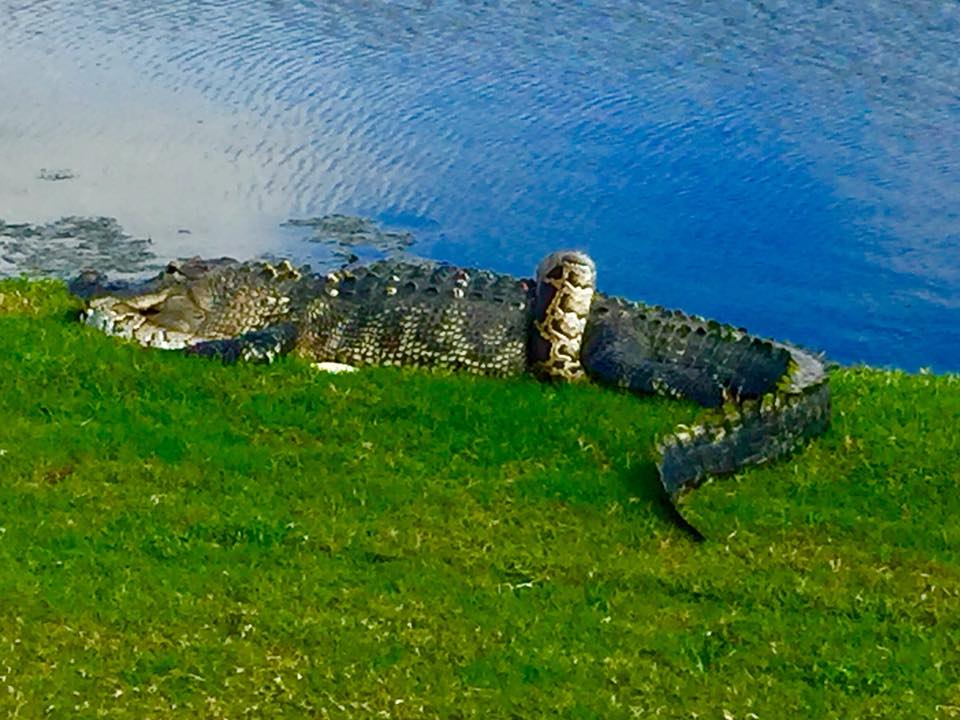 But usually it’s the gators who are getting eaten by these greedy Burmese Pythons, even though this particular snake exploded as a result of biting more than he could chew:

How can you help?

One of the biggest python elimination programs in the state is led by the South Florida Water Management District.

They only pay minimum wage, but there’s an additional on-the-spot payment of $50 for each python measuring up to 4 feet plus an extra $25 for each foot measured above 4 feet. Also, you can make an extra $200 for each eliminated python found guarding “nests” with eggs. They are not currently hiring as of February 6, 2018, but you can call them to be put on the waiting list.

The FWC program offers a T-shirt for each python captured by the public. Yes, that’s right… a T-shirt. You won’t make any money unless you get into the Contractor Program, which requires proof of being a badass snake hunter (must have captured and removed at least three Burmese pythons from the Everglades).

Regardless of how much it pays, it’s pretty f*ckin’ cool to go out snake hunting armed with a mobile phone and a gun in the Everglades. Doing something like that will take you from “transplant” to “honorary Florida Native” in no time at all. We are very proud of these rednecks, please do not ever confuse them with the editorial Florida Man. Python hunters are Floridians by default.

If you hate all mammals, and you want to see our ecosystem destroyed, here’s some propaganda to help bring the Pythons to power: